“HELP they are taking us,” the real time call from RAM BAR in Uganda heard here in Marin County, California and the World should know Uganda Government is orchestrating the hunting of Gays ….

In the early morning hours of Nov 11 a popular bar in Kampala, RAM BAR known to be frequented by LGBTQI community or those perceived as such, was raided by the Ugandan army and police. At first it was noted that the sting supposedly yielded enough drugs to accuse over 120 patrons of drug related crimes! However when one lifts the veiled and faux justification it is clear that this is yet another government attack on Ugandans suspected of being gay! Given the past months of anti LGBTI rhetoric by prominent officials, threats to bring The’ Kill the Gays’ Bill back into Parliament, and brutal attacks against human rights organizations, gays, lesbians, and trans people it is clear that the war is on! 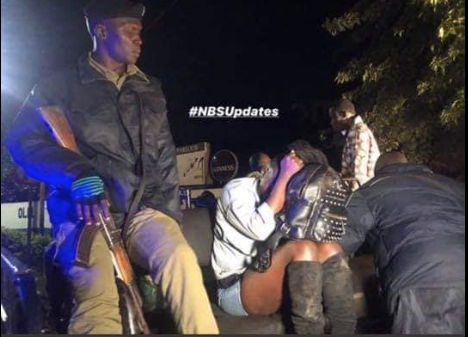 A Patron at RAM BAR in real time:

“RAM BAR a popular outing place where LGBTI persons of all races peacefully gather for partying on Sundays along Hannington Road in Kampala, Uganda has been raided by Uganda Police and Military few minutes ago. Most occupants are being taken to the nearby Central Police Station.”

The arrests have now led to 67 of the detained 120 being charged in the courts. Given the fact that extortion has often served as motivations to police to make such arrests in the past, one can wonder at whether bribes served to relive the remaining detainees. We have had 2 reports that extortion money was paid to police to release some who were detained. Apparently the current charges are for ” common nuisance” carrying terms of up to one year in prison. While the Penal Code, which criminalizes homosexuality for a crime “against the order of nature” carries sentences of up to life in prison, and such can hardly be proved by a raid on a club.

Those arrested were paraded in front of the media and as such, whether guilty of anything or not, whether LGBTI or not, their lives will be forever changed through this exposure, as they will be recognized on the streets as well as by family and community, who may now perceive all of them as gay.

Upon release, through this form of ‘outing, if perceived as LGBTI, they will always be in danger of being recognized by family, landlords, teachers, medical professionals, village chairmen, police, neighbors, thereby impacting every aspect of their life. They could lose homes, jobs, scholarships and even family!

When reflecting on the months leading to this raid, one is not surprised that the Government would orchestrate such attack, possibly to include the planting of evidence, or scraping the barrel for a justifiable crime, in the hope of promoting enough disdain for the LGBTQI community to warrant the return of the KILL THE GAYS BILL.

To do so would require painting LGBTI individuals and the community as a whole with the broad stroke of criminality – beyond merely being gay. So it would not be surprising that the police would have set the gays up with planted evidence, as has been contended, to demonize them as druggies, worthy of arrest and further condemnation. Activists in Uganda have further asserted that accusations and drug charges against alleged gays and lesbians are more likely to lead to convictions and jail time than through the current anti-Homosexuality Penal Codes which is harder to enforce. This demonization is likely to lead to the propping up of the newly proposed Anti-Homosexuality Bill, and thus more likely to be brought back to Parliament, giving the Museveni Regime a leg up in popularity. 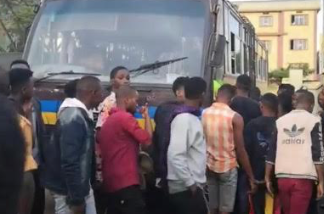 It is said that over 85% of Ugandans support the idea of enhanced punitive measures against LGBTI people.

A unifying force among all in Uganda’s diverse populace and a factor that dictatorial President Yoweri Museveni has used to his political advantage is the popular notion that gays and lesbians must be eradicated from society and so seeking to implement harsher anti-homosexuality legislation, all of which has had to be balanced against international condemnation and threats of loss of aid, has been a constant political tool for Museveni and his administration.

This method for drumming up the support of the general population is typical, as evidenced from the past playbook of the Museveni led Ugandan Government.  We see this resurgence of homophobic hunts and attacks during the political uneasiness with motivation to cause a distraction by the 30 year dictator, who seeks to ensure that his popularity, drenched in oppression of the most marginalized, is revamped through the one issue that unifies almost all Ugandans across the spectrums of diversity, KILL THE GAYS!

Here has been the rundown to the arrests at RAM BAR,  escalating these past few months:

Uganda Wants to kill the Gays Again – The old Ugandan Anti-Homosexuality Act of 2014, known as “The Kill the Gays Bill,” which was voided by the Court in 2014,  because Parliament lacked a quorum, after it was signed into law by President Yoweri Museveni, may be headed back for another toss around, bringing enhanced danger to Uganda’s LGBTQI community and political points to the politicians who support it.

The Minister of  Ethics and Integrity Minister, Simon Lokodo, who has consistently persecuted LGBTQI community through harassment at events and continued threats, has announced plans to introduce to new Parliamentary Bill imposing the death penalty for same-sex relations. This Bill would now also seek, apparently, to stringently punish for “promotion and recruitment” of homosexuality in order to curb a rise in “unnatural sex” though the death penalty.. HERE

Under Threat of WE WILL KILL YOU ALL Another LGBTI Beaten to Death in Uganda- Today in the morning our member of the Angel Support organization was beaten to death in front of our offices. The office was called by phone with the threat “we will kill you all.”  HERE

Can Gay Man’s Murder in Uganda be Linked to Security Minister’s TV Scapegoating of LGBTI People- Sadly a member of Uganda’s gay community was hacked in a brutal assault by an homophobic straight person, using a hoe to his head, and the young gay man did not survive his injuries. HERE

Justice Sought for Young Brutally Murdered LGBTQI Ugandan-A young LGBTQI Ugandan has been brutally attacked and murdered in Gombe, Uganda. According to sources in Kampala Fahad Ssemugoma, 22, known as Legit’ Ferhd Kawere, described by some as gay and as transgender fell victim to violent mob violence at the hands of Boda Boda (motorcycle taxi) riders. HERE

Ugandan Human Rights Organization Suffers Second Break-In- Police Failed to Solve First Break In Where Guard was Murdered, Despite Video-Cam Photos of Perpetrators  Approximately 2 years ago a break in occurred at the offices of  HUMAN RIGHTS AWARENESS AND PROMOTION FORUM-UGANDA (HRAPF), a human rights organization in Kampala, Uganda.  A guard was murdered. The faces of the perpetrators were caught on camera. HERE

The lead up in essence started way back in the early 2000’s when Scott Lively and his fellow American Evangelicals took the hand – and that may have included greasing it – of Hon David Bahati the Ugandan Parliamentarian who first introduced the Anti- Homosexuality as a Private Members Bill – otherwise known as the KILL THE GAYS BILL. The rabid homophobe was the perfect partner for the likes of the notorious Scott Lively, who some believe was catapulted into Africa to escape his own closet!  The Bill passed in 2014 and after it was signed into law by Museveni was voided by the Courts, based on a technicality. As the political ping pong table rears itself amidst its dusty past, the anti gay fever clearly mounts, yet again, causing untold danger and terror for all LGBTI people in Uganda.

Please stay tuned for updates about those arrested at RAM BAR.

Melanie Nathan, Executive Director for African HRC, is a Country Conditions Expert in the United States Immigration Courts for Asylum Cases. She can be food on the U.S. Davis Center for Gender and Refugee Studies database. www.oblogdee.blog/about