To The Organizers of Protests please refrain from referring to the KKK, White Supremacists, Nazis as ALT RIGHT or WHITE NATIONALISTS. They like those references-  as it provides them with movement legitimacy – in their eyes, in the name of progress! They must own who they truly are!

While much needed counter protest brought Antifa to rally against the Nazis, the White Supremacists, the KKK and the rest of the racists, bigots and antiSemites (whom I shall collectively term White American Terrorists – #WAT) in Charlottesville , Virginia, this weekend, what is truly emerging a peaceful response by the good decent people of America.  This is NOT what WAT wanted.

As will be noted from my article yesterday: “Donald Trump and his Administration Leading White Terrorists in War on Americans” I believe that this WAT uprising is a n expected outcome of a hate filled campaign that led to an inept leader for all and an adept leader for WAT!

This weekend of violence has resulted in America mourning the death of a peace lover, who died at the hands of those whose hate precipitated a violence that was encouraged by its leadership – which in essence goes right to the top.

While Trump defecates on our Constitution with Executive Orders purporting to keep terrorists out of America – of the ilk who drive vehicles into crowds – he has courted and churned and now nurtures WATS – White American Terrorists who are the ones to drive vehicles into crowds of Americans.  Is this what Trump envisioned when he sloganeered” “Lets make America great again?”  As we all know America was great until Trump came along and cheesed the rats out of their holes.

That said – today I am going to focus on collecting as much information of peace rallies as our country mourns one of the saddest days – and figures out how to quell this war where WATS as encouraged by the President of the United States are at war with peaceful and loving Americans.  Please let me know if you have Peace marches or rallies in your area so I can post them on this site. (commissionermnathan@gmail.com)

Yesterday, the Georgia Alliance for Social Justice helped to plan and execute a rally and march against hate.  People from the NetRoots Nation conference and our organization came together and marched to the capitol. 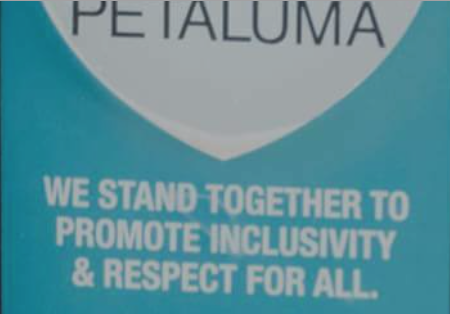 “Location at Walnut Park!! This will be a peaceful demonstration to stand in solidarity with Charlottesville.Join your fellow Petalumans in standing against the white nationalists attack in Charlottesville. We denounce any form of hate here in Luma, and do not welcome white supremacy of any kind.

This is a peaceful protest – please bring any signs, instruments to stand in reflection & support for EVERYONE.”

Stand in Solidarity with Charlottesville – Find an Event

Attend an event in your community to show that you’re standing with Charlottesville.