Zambia Complains to U.S. After Ambassador Condemns Jailing of Gay Couple- And how to start changing the narrative!

The president of Zambia plans to issue an official complaint to the United States over remarks its ambassador made after a homosexual couple were jailed for 15 years in the African country. Read my Dec 01 Article HERE.

The U.S. ambassador to Zambia, Daniel Foote, said in a statement he was “personally horrified” to read about the sentencing of Japhet Chataba and Steven Samba last week.

According to Daily Beast: Speaking to Sky News, Zambian President Edgar Lungu warned of a breakdown in relations between Zambia and the U.S. unless the remarks were withdrawn. Lungu told the network:

“We are saying no to homosexuality. Why should we say we are going to be civilized if we allow it… are you saying that we’re very primitive now because we’re frowning on homosexuality? Even animals don’t do it, so why should we be forced to do it?… Because we want to be seen to be smart, civilized, and advanced and so on.”

Criticizing Countries such as Zambia, among the 32 African countries which criminalize homosexuality, is a tough and complex navigation. While it is imperative to call out human rights abuses such as the harsh punitive measures against consensual adult sexual relations and the expression of natural born sexuality, it often has a backlash effect and negative impact on LGBTI communities, as it empowers and emboldens the politicians of those countries, unifying their constituents through the scapegoating of vulnerable minorities.

This is one reason why I called out some of our USA organizations, calling for caution and dialogue before jumping headlong into implementation of proposed legislation such as the e Greater Leadership Overseas for the Benefit of Equality (GLOBE) Act — introduced by U.S. Sens. Edward Markey (D-Mass.), Jeanne Shaheen (D-N.H.) and Jeff Merkley (D-Ore.) — would codify into law the position of special U.S. envoy for the promotion of LGBTQ rights abroad.

Ion the one hand I was pleased to see the U.S. Ambassador speak out. However I believe that it should have been done in private and not publicly, as all it does is allow for this type of grandstanding, to the benefit of the persecutor in his home country where it is very popular to be anti- LGBT.

A perfect example is to swing our dollars to non-criminalizing countries such as Angola, South Africa, Mozambique and Botswana. Let us NOT call for boycotts to Tanzania, Kenya, Uganda and Zambia, the worst of the worst persecutors of gays, lesbian and trans people. But rather lets call for support of the countries who are progressive in our interests. This is a subtle nuance. However much more effective.

So for example if you decide to take a tour with WILD RAINBOW SAFARIS, which I highly recommend, how about posting on social media: ‘I decided to choose WILD RAINBOW SAFARI tour of Botswana (or South Africa) rather than a trip to Zambia, because Botswana does not criminalize me.’ This form of positive reinforcement can go a long way! And imagine if we ALL did it!

On another note: I also do not support boycotts- in general – because I see travel to certain parts of the world as an opportunity to engage in conversations to convey awareness to people who have been sheltered from the truth about LGBTI people, noting one’s safety must be taken into account.

While in general I am  pleased that we are covering some serious issues, make sure manner and implementation is not imposing – Melanie Nathan of African HRC  is urging caution on LGBTQI Global Rights – Melanie Nathan – HERE 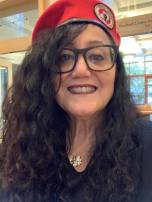