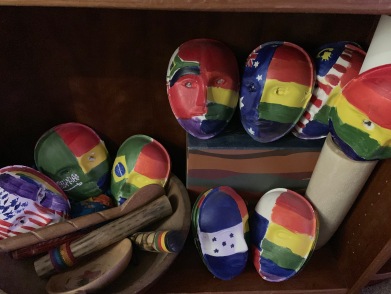 7 MASKS 1 STORY – This is MASK 03 out of 7 MASK stories which will be told each day this week: If you care you will share!

If you have been following the series and already read this intro, you can skip to the header MASK 03, below:

For the past ten years I have been working with LGBTQ individuals and communities in several African Countries in the global attempt to thwart homophobia and deal with the casualties it causes. Not a day goes by without me receiving several heartbreaking e-mails, depicting terrible suffering. I am going to ask you to journey with me for 7 days while I bring 7 stories, this week, one per day, to these pages.

I have decided to highlight 7 actual communications on this BLOG in a series called MASK.

Over 30 countries on the continent of Africa criminalize human sexuality gender identity. This criminalization and the accompanying rhetoric by politicians and religious leaders, as well as abusive tabloid outings has led to untold persecution, requiring exile from home countries for many. Our work at African Human Rights Coalition is to collaborate for safety and solutions with those severely impacted by the anti-LGBTI milieu. Our website at www.AfricanHRC.org speaks to the work we are doing.

Currently there are serious problems for those seeking refuge, with few solutions and many linger in hopelessness and despair. The global refugee and asylum seeking system is failing LGBTQI refugees.  They are not guaranteed resettlement and they suffer horrendously while waiting in hope for resettlement.

While we acknowledge that there are over 60 million displaced migrants in the world due to war, famine, climate, politics, persecution, etc., the LGBTQI refugees are the most marginalized among the marginalized, as even other refugees turn on them.  Unlike straight refugees, the very violence LGBTQI individuals encountered in home countries persist while they are refugees.  After they leave home countries the countries in Africa which host them as refugees are hostile host countries because they also have laws which continue to criminalize them! While straight people cross into countries where they are safe, LGBTQI people cross into countries where they are unsafe, even under UNHCR protection.  Most cannot get off the continent into an accepting non-homophobic country because they may not qualify, the pipeline is jammed, there has been a reduction in refugee numbers by the U.S.A. with added hardship through Trump induced changes in asylum policies, and countries of refuge are simply not doing enough.  And so while they wait many years, they are hard pressed for survival.

The Mask stories will mostly speak to the lives of LGBTQI individuals as refugees, giving direct voice, through their own words: These reflections of the refugees avoid the unconscionable, relentless, heartbreaking violence that led them into exile, and are intended mostly to show the hardship once in exile. So you can only imagine what came before to precipitate no choice but to be in exile in such despairing and hopeless circumstances.  This has got to change. It is for this reason that I have decided to break my silence – as I have always kept these daily communications mostly private. The one’s that are revealed in MASK are revealed with permission and with anonymity guaranteed to the individual.

It is important that the voices of LGBTQI refugees are directly reflected. So while many often point fingers at UNHCR, and their experience cannot denied, UNHCR is doing its best given limited resources, lack of solutions and hostile host governments. We need something innovative and different. 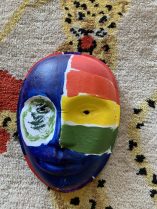 My Situation: Am called XXXXXX Ugandan by Nationality, I came to XXXXX on the XXXXXX  2017 for the Asylum seeker after my mother found me having sex with man in my room, that every day my family members got to know that am a gay person and the Ugandan police force hard acknowledge about it and they were looking for me since Homosexual orientation is illegal in Uganda by the law.

I have been attacked by some people here in XXXXXX as well accusing me of being gay and my lawyer and the UNHCR got to know about that incident.

l got in touch with UNHCR who offered me support for only three (3) months. UNHCR is currently helping me with the lawyer, right now almost 80 countries around the world make it a crime to be gay, lesbian or trans gender. The Directorate General of immigration have never responded to my request since 2017 and the XXXXXX are not willing to go court yet they have been representing me at the immigration office of XXXX.

On February 2018 two more Gay man came from Uganda as well  and i called in to meet them but after one year they got lost due to no support from the UNHCR in  XXXXXX  up to now i don’t know where they are may be they are in prison.

How i survive in my life in some time the LGBT  organization get some work shop so they call me to attend than after i get like 5$ for food because when i get to ask them for support they always say they don’t have funds as well.

I have got lesbian friend who gave some clothes lost month and some times she call me for some food at her place , so am always starving unless.

when i get sick its not easy for me and i have got dental problem but as  you know the UNHCR system is always very slow  yet am in pain .

Nb Am not working and am kindly asking for support of house rant, food, clothes transport to get me around and if there any way u can help me get out this country i will be great full as.

Kindly go thought my attached documents for your advise.

XXXXX indicates redaction. Interested parties are welcome to contact me and I will assess and reveal the country involved. it is NOT Kenya.

The MASKS: These Masks were hand painted by refugees and asylum seekers who made it to Bay Area San Francisco. They were used symbolically in my San Francisco Pride 2014 Community Grand Marshal Contingent to reflect on  the fact that despite the support of the office of Senator Dianne Feinstein, the Obama President/ Kerry Secretary of State administration – did not grant VISAS to African LGBTQI individuals who were invited to march with us in SF Pride 2014. The embassies refusing the VISAS at that time – were following our law, and new policy is making those laws even harsher. Something different and special needs to happen for humans who are accused of criminality when they love! #7Masks1story

JOIN THE FIGHT!  If you would like to be active in helping we need cash donations, volunteers, and qualified board members who can fundraise: Please write to – nathan@AfricanHRC.org and donate at www.AfricanHRC.org/donate.