In as much as our  California legislature is supporting Pride month, so should parents of teens and young adults, when your kids are coming out. Its a healthy way to conduct a parent child relationship. Of course loving your family unconditionally is just the right thing to do.   If you are having a hard time accepting your child’s sexuality or gender identity, and/or if you feel your child could use support, (and most need support in these early years,)  jump into supportive action by getting advice and services, in a manner that does not seek it to condemn or change or supposedly ‘repair’ your child, but rather show support with immediate acceptance.  Your child’s entire life, wellbeing and outcomes for success will depend entirely on how you display your love and TLC at a time of discovery, change or revelation. See some links below and consider a visit to the San Francisco Pride Parade, June 24th See www.sfpride.org – Theme: Generations off Strength:

And now… thanks to California for keeping us safe and equal.

SACRAMENTO—Today legislation to establish June as Pride Month in statute passed the Assembly by a bipartisan vote of 59-0. Assembly Bill 2969 is authored by Assemblymember Evan Low (D-Silicon Valley), Chair of the California Legislative LGBT Caucus, and co-authored by all members of the California Legislative LGBT Caucus. AB 2969 is supported by Equality California and the Los Angeles LGBT Center.

“California has the largest LGBT population of any state in the union, and the state is home to over forty LGBT Pride celebrations each year,” said Assemblymember Low. “We have codified many other cultural celebrations into statute; it’s time to add Pride to that list.”

The month of June is historically significant for the LGBT community. The Stonewall Riots occurred in New York in June 1969 to protest police targeting of the city’s LGBT population. These riots, and the swift political organization that followed, are widely considered to be the commencement of the modern LGBT civil rights movement.

In 1970, the first Pride parade was held in New York City on the first anniversary of the Stonewall Riots. Since, Pride celebrations have sprung up in cities around the world. These gatherings encourage the community to celebrate accomplishments, bring visibility to the LGBT population, decrease the mystery for those who retain feelings of homophobia, provide an opportunity for LGBT individuals to feel less alone in an oppressive and dismissive world, and establish the LGBT population as a vibrant and vital part of its respective community.

The California Legislative LGBT Caucus was established in 2002. Its role is to present a forum for the California Legislature to discuss issues that affect LGBT Californians and to further the goal of equality and justice for all people. The formation of the LGBT Caucus made California the first state in the country to recognize an official caucus of openly-LGBT state legislators. Historically the LGBT Caucus Chair introduces a resolution each June during a formal ceremony to declare June as Pride month. AB 2969 will codify in statute every June as LGBT Pride Month.

THE TREVOR PROJECT – teens in trouble : 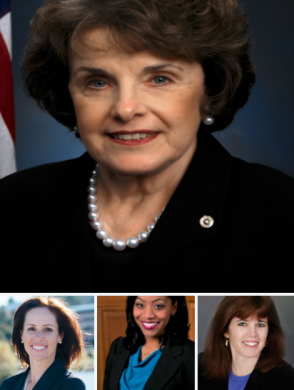 MARIN AND CALIFORNIA AND SAN FRANCISCO –
MY VOTING RECOMMENDATIONS AND ENDORSEMENTS: https://oblogdee.blog/2018/05/14/marin-county-california-voting-my-recommendations-and-endorsements/