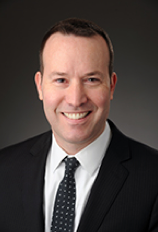 New York, NY – The Transgender Legal Defense & Education Fund announced today that Michael Silverman has informed the board of directors that he plans to step down as Executive Director of the organization. Silverman will be leaving the organization he founded in 2003. Under Silverman’s leadership, TLDEF has been at the forefront of transgender legal advocacy. The organization is known for its signature Name Change Project, bringing millions of dollars in free legal services into the transgender community by matching community members seeking to legally change their names with pro bono lawyers who help them free of charge. The project has grown to include dozens of the nation’s most prestigious law firms and corporate legal departments and has helped thousands of transgender community members around the country

“I am extremely grateful to have had the opportunity to lead TLDEF for more than a decade and shepherd its growth over that period. The time is right for this transition; it is a natural part of the organization’s growth,” said Silverman. “It has been an honor and privilege to fight for transgender rights with TLDEF’s board, staff and movement partners. I plan to work as hard as ever for the community during the upcoming transition period and to position TLDEF for enormous future success. As I consider my future path, I hope that it includes the opportunity to play a further role in the struggle for LGBT freedom and equality.”

TLDEF’s work is especially important now, said Kupec. “As evidenced by the passage of egregious anti-transgender legislation in my home state of North Carolina last week, the need for strong leadership and representation for the transgender community has never been more important. Fortunately, Michael is leaving the organization with a legacy of legal successes and financially very strong, so TLDEF’s board, staff, and new management will have the resources we need to continue to be able to fulfill our commitment to the transgender community in its time of need.”

TLDEF’s board of directors has already taken the initial steps to begin the process of identifying a new Executive Director. To ensure a smooth and steady transition, the board has retained the services of Joan Garry Consulting, a firm focused on building effective nonprofit leadership and providing strategic counsel to board and staff leaders nationwide.