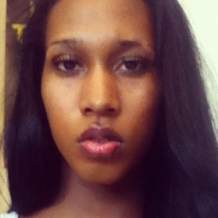 Dixon made several confessions, on video and in writing.

According to trans activists in court today, Judge Conviser’s refusal to allow the suppression of two written confessions by Dixon and also the video of the interview with Dixon, may have prompted the plea. Dixon had previously turned down a plea deal that would have given him a possible 12 years in prison.

According to Jennifer Louise Lopez, of Everything Transgender, Dixon may have may have felt emotion after watching the video of his interview, in the court room

Dixon asked to leave the courtroom just after a police detective was telling him “You know there are some very beautiful transgender women out there.  Could it have been that you were attracted to this transgender woman, you were flirting with her.”

Dixon may be be sentenced to a 12 year term, as previously offered. If awarded good time he may serve only around 8 years.

Since the killing, The Transgender Legal Defense and Education Fund (TLDEF) has joined a chorus of transgender advocacy voices in calling for justice for Islan.

“Far too many transgender women of color like Islan Nettles are lost to violence and brutality and all too often their killers go unpunished. We are pleased to see an indictment in this case and thank District Attorney Vance for his efforts in the investigation. This is a step towards finding a measure of justice for Islan and her loved ones.

“As I noted in the New York Daily News last August on the one-year anniversary of Islan’s death:  ‘Islan Nettles’ life mattered. It mattered to her friends, to her family and to her community….  Transgender people are gaining more visibility, acceptance and legal protection every day. But violence remains a daily part of life.’ A 2013 National Coalition of Anti-Violence Programs report confirmed that reality, revealing the disproportionate impact that deadly violence has on transgender women of color.

“It has been widely reported that at least seven men, including Dixon, taunted Islan and her transgender friends on the night of her killing, yelling homophobic and transphobic slurs before the attack. This case is a stark reminder that transgender people are still not covered under New York State’s hate crimes law.

We urge passage of the Gender Expression Non-Discrimination Act or GENDA, which would add transgender people to New York’s hate crimes law and protect them from discrimination in employment, housing and public accommodations. It is time for transgender New Yorkers to have full protection under the law.

“The indictment of James Dixon is an important milestone and we urge a vigorous prosecution in this case. Islan Nettles deserves justice. We continue to honor her life and renew our plea for an end to anti-transgender violence.”

The question is do you believe 12 years would be just? 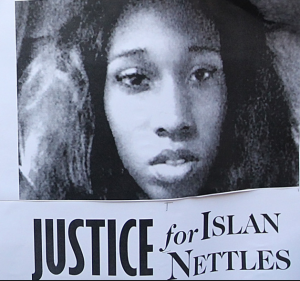 SENTENCING IN THE JUSTICE FOR ISLAN NETTLES CASE

Who: Activists and advocates for transgender justice in New York City.

What: Sentencing in the Justice for Islan Nettle Case.