“Out of the cloud of insurrection by white supremacists – the justice his legacy insists upon, will prevail. America will rise anew and this day will be part of a week that serves to mark its turn.”
Today is an American federal holiday, sometimes known as MLK Day. On the 3rd Monday in January we commemorate the birthday of Rev. Dr. Martin Luther King Jr. It is observed on the third Monday of January each year, which is around King’s birthday, January 15.

“On this special day, we are compelled to honor the legacy of Rev. Dr. Martin Luther King Jr. through the lens of a profound cloud that covers Washington D.C. , and our Nation. Yet in doing so, the justice his legacy insists upon, must prevail. We sit at a precipice, where an insurrection by white supremacist domestic terrorists served to threaten the incoming U.S. government. An attempt to prevent a government that finally promises racial justice and urgent attention to the civil rights issues that still plague America. We cannot lose sight that this attack on our democracy was helmed by racism and antisemitism, and a call for America to be a “white only” nation. While this deep stab and stain on our country could have set us back, we know this will be a last stand. We know that through our gasping democracy, we will rise to fulfil the absolute vision of Rev. Dr. King. That his sacrifice and those who fought before, alongside and after, will not be in vain – America will rise anew and this day will be part of a week that serves to mark its turn.” Melanie Nathan for AHRC

America will see an historic week with the inauguration of President Joe Biden and Vice President Kampala Harris. 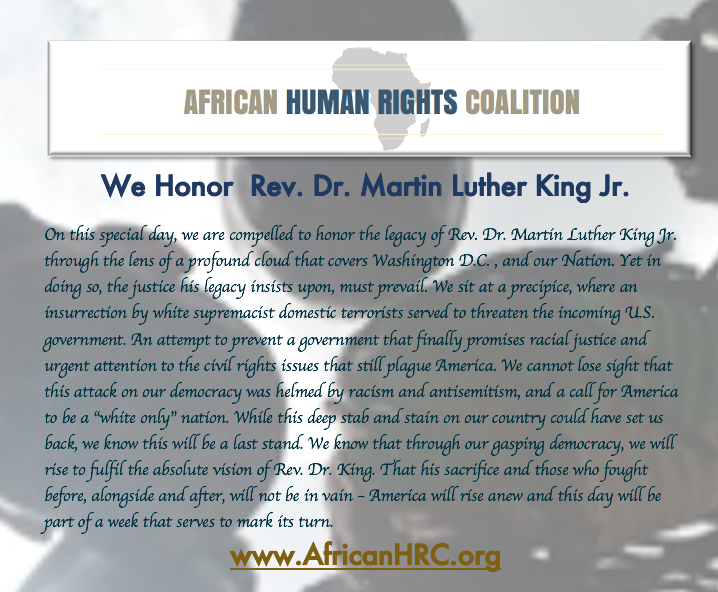 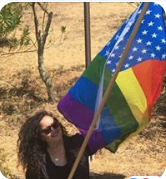