In a landmark decision, on Monday, 6 July 2020, the Senate of Gabon voted to decriminalize same-sex relations with 59 votes in favor, 17 against and 4 abstentions. The move to decriminalize was supported by the lower house of Parliament on June 23, 2020. 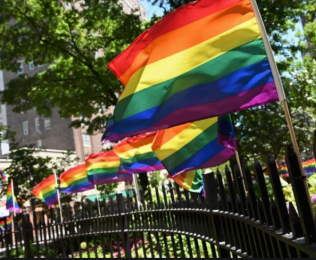 Unlike numerous countries across the African continent, Gabon did not have a colonial-era ban on same-sex relations. Instead, a ban had been introduced in 2019 criminalizing same-sex relations between both men and women. This ban has now been reversed. The reversal of the ban has been met with controversy and a strong backlash from religious leaders and others, leading to mounting hate speech and driving LGBTIQ activists and people into hiding for fear of retaliation.

“We commend both Houses of Parliament of Gabon on repealing a ban on same-sex relations. It is shocking that over a third of the world’s countries continue to criminalize same-sex love, in stark contrast to basic human dignity and international human rights standards. The decision in Gabon decreases the total number of countries criminalizing same-sex relations by one. This is not only an affirmation of the right of LGBTIQ people in Gabon to love whom they choose, but also an inspiration to activists in countries in which these bans still exist or are being considered. We hope to see authorities in Gabon take steps to reduce hate speech and promote acceptance of its LGBTIQ citizens.”

The Gabon government did not explain why it decided to revise the law. The bill won the support of the lower house last week. In the Senate, it “was adopted with a large majority of 59 votes,” Jessye Ella Ekogha, a spokesman for Gabon’s presidency, told Reuters. In a closed-door session, 17 Senators voted against the move and four abstained. It will now be ratified by President Ali Bongo. Bongo’s wife, Sylvia, has voiced support for the bill, saying the ability to love freely without being condemned is a fundamental human right.

“Gabon now joins African states such as Seychelles, Angola, Mozambique and Botswana who have chosen to rid their lawbooks of archaic provisions which enable discrimination, violence and harassment against LGBT people,” legal chief Victoria Vasey said.

A colonial-era ban was overturned in the High Court in Botswana in June 2019, but the government is appealing this decision. In March 2020 the High Court in Singapore dismissed challenges to its ban on same-sex relations.

“This is uplifting and most welcome news for Gabon’s LGBTQI community and has an important impact on the region in general. Although countries such as Botswana, Angola decriminalized recently as well, it must be noted that it will be a long time, with much remedial action necessary, before newly decriminalizing countries are able to overcome the extensive homophobia caused by the colonial impetus, and later Evangelical and Christian push for even harsher criminalization. It is really important for country conditions reporting to note that asylum seeker cases must take cognizance of this fact – that decriminalization, while a good start,  does not eradicate the persecution of LGBTQI people in these countries.”

One must be cognizant of the impact of ongoing opposition to the decriminalization by the Catholic Priests serving in the Central African nation, who, in a collective statement, reached out to President Ali Bongo Ondimba asking him to renounce the promulgation of the controversial bill to decriminalize homosexuality.

“We priests from the different dioceses of Gabon in accordance with our duty as citizens, Christians, and pastors of the people of God, and following the interventions of various religious leaders including our Bishops, have taken the initiative to send you this letter in this form in view of the burning and embarrassing events in our country concerning the decriminalization of homosexuality,” the members of the Association of Diocesan Priests in Gabon (ADPG) have said in their collective letter dated Thursday, July 2. More here.

67 countries continue to criminalize same-sex relations across the world, Egypt, Indonesia and Equatorial Guinea are considering new bans, and territorial bans also exist in a number of places. In May 2019 the High Court in Kenya decided to maintain a colonial era ban on same-sex relations.