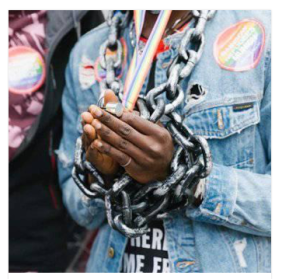 Police arrest the Human Rights Victims Instead of the Mob Perpetrators

Tonight at African HRC we received a message that Let’s Walk Uganda (LWU), a local LGBTQI support group was under attack by a mob, screaming outside their offices. Another prominent human rights organization HRAPF was immediately called in to push for police protection.  Seventeen members of the group were rescued from the mob.

It is interesting to note that members of the LGBTQI community called HRAPF in, to navigate police intervention in the attack, as Uganda’s human rights community does not trust the police to protect all equally. Back in 2016, Ugandan police themselves raided the group and others at a Pride event in Uganda, as has occurred on many occasions.

The LGBT based organization, established in 2016, has operated legally in Uganda, despite accusations of so called “promotion of homosexuality.” It was established to support the LGBTI youth in the country so as to strengthen their quest for equality and to ensure constant availability and full access to resources.

More specifically, LWU’s mission is “to improve the standards of living of LGBT youth in Uganda and ensure that they sustain their lives in the homophobic environment through providing them with entrepreneurial, employable and adolescent life skills.” The vision is to develop the LGBT youth in Uganda focusing on welfare, fighting stigma, HIV/AIDS awareness and ensure equal rights.

The group noted their objectives. a) To improve access to income generating opportunities for the jobless LGBT youth. b) To promote welfare of LGBT youth by providing shelter and other welfare services to LGBT youth that have been rejected by their families c) To provide legal entity services to LGBT youth. d) To promote LGBT advocacy. e) To promote the role of the LGBT youth in the development of the LGBT community and nation at large. f) To promote friendly relations with any other companies, institutions, societies or associations having objectives altogether or in part similar to those of the organization. g) To improve communication and the accessibility of information revolving around LGBT rights and LGBT inclusiveness in LGBT communities.

Uganda is one of 32 African countries which criminalize homosexuality for LGBTI people, while relying on its old Colonial Penal Codes which refer to “Acts against the order of nature” as punishable by prison time.  Back in December 2013 Uganda’s parliament passed what was the the Anti-Homosexuality Act-  known as The Kill the Gays Bill. President Yoweri Museveni signed the Bill into law in 2014 and it was then invalidated by the Courts, based on a technicality – as the Parliament passed the Act without the requisite quorum.

The week preceding this mob attacked, with two recent high profile gay murders in Uganda, it is clear that the gay community is now under physical attack, and probably directly linked to two recent political incidents where:

All this couched in years of ongoing governmental hostility and threats, to include raids on LGBTQI people, keeps Uganda’s gay, lesbian, transgender, bisexual and intersex residents under siege.

While officials are now denying intent to bring back ‘The Kill the Gays Bill,’ they cannot walk back its dog whistle impact – now clearly evidenced by the mob attack on LWU and the recent spate of brutal murderous attacks, reflected below: The two recent murders, which I attribute directly to the spread of the above homophobia, were reported here on this blog – as follows:

Under Threat of WE WILL KILL YOU ALL Another LGBTI Beaten to Death in Uganda, Posted on October 20, 2019 by Melanie Nathan

Today in the morning our member of the Angel Support organization was beaten to death in front of our offices. The office was called by phone with the threat “we will kill you all.”  HERE

Can Gay Man’s Murder in Uganda be Linked to Security Minister’s TV Scapegoating of LGBTI People, Posted on October 5, 2019 by Melanie Nathan

Sadly a member of Uganda’s gay community was hacked in a brutal assault by an homophobic straight person, using a hoe to his head, and the young gay man did not survive his injuries. HERE

The LGBTI Ugandan community is in deep fear.

One of the few countries on the African Continent with a robust LGBTQI activist community, attempting change, many LGBTQI people fled Uganda in the past several years to escape ongoing familial, community and government persecution. There is no safe or sensible path for LGBTQI people to exile. LGBTI refugees in neighboring countries are subject to further persecution by hostile host countries, such as Kenya,(which also criminalizes gays)  and South Africa (which has a fully equal Constitution for gays), though charged with protection through the UNHCR system, continue to fail at such.

The take home from all this is that Government officials must start to put the safety and well being of all citizens ahead of stigma and hate. It is time to decriminalize and return to pre-Colonial days when being in same-sex relationship was not criminal, not a taboo and often acceptable for many tribal cultures. In the meantime America and other countries which embrace LGBTQI equality must assert humanitarian efforts and open the pipeline for LGBTQI refugees and asylum seekers – in a manner that mitigates the current hardships.

Next month a group of LGBTQI activists from the EU, African and USA with be attending the European Parliament in Brussels to round table about conditions for refugees and the state of homophobia in African countries. I have been invited to submit a video speech to this event and in it I intend to call for dramatically innovative change, something that is long overdue for LGBTQI people seeking emergency safety and refugee from their own families, communities and governments.

And of special importance is what LWU notes in its messaging:

“It’s time we break every chain of stigma, discrimination, violence, verbal attacks, family rejection, discriminatory Laws, stereo typing, harassments among others because 95% of LGBT Youth suffer social isolation and these chains are keeping them prisoners inside and that why a good number of them are psychologically tortured and commit suicide. It is sad because I believe that together me and you we can make a different choice other than spreading hate and animosity.”
#Support_LetsWalkUganda #BreakEveryChain @LWUGANDA

UPDATED 10/21/19: It has been reported directly to African HRC that the mob attacking the offices at LWU fled the scene when the police arrived. The group of members present at LWU offices during the attack were detained by police – with some calling it an arrest. We have not verified this directly with the police yet and will update when we receive more information. It is not uncommon for Ugandan police to arrest, detain, extort cash bribes from LGBTQI people when they report crimes against them even though they are the victim.  It is also alleged by some activists in Uganda that this incident reflects an ongoing strategy prevalent where homophobic mobs through attacking known and legal human rights NGO offices are doing so intending to set LGBTQI people up for arrest.

At African HRC we have started a campaign, again, to raise funds for safe shelter – to contribute to this urgent need please donate HERE. 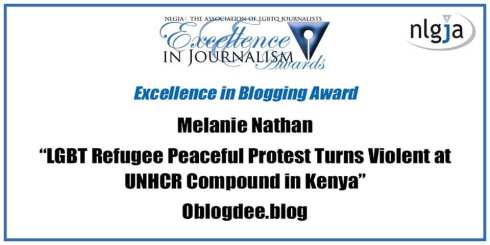