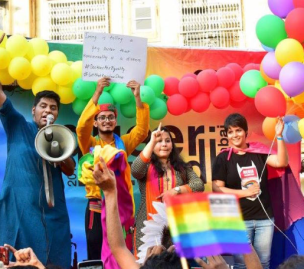 Today, March 13, the US Court of Appeals for the Ninth Circuit hears oral arguments in U.S. v. California, the Trump Administration’s lawsuit against California’s sanctuary laws that regulate state employers and law enforcement to protect undocumented immigrants from federal harassment and abuse.

The brief, joined by 11 other LGBTQ and LGBTQ Asian American, South Asian, Southeast Asian, and Pacific Islander (APIs) groups in California, defends California and illustrates how striking down California’s sanctuary laws would have a direct and outsized impact on the LGBTQ community.

“The laws have a significant impact on the LGBTQ community because so many of us are immigrants. California rightly decided to protect its residents from Trump’s overly aggressive immigration enforcement, and such laws should be upheld.” said Glenn D. Magpantay, NQAPIA Executive Director.

APIs are the fastest growing racial group in the United States today and the largest segment of new immigrants.  An estimated 267,000 undocumented immigrants are LGBT, of which a disproportionate share is API.

Other co-signers to the brief include:

APAIT – a division of Special Service for Groups, Inc.