Short pictorial of my personal 2017 year in review…

A most interesting variety of Heroes and Zeroes,  from the President of the United States to a local Marin County lawyer – From Donald Trump to Mercedes Gavin – read on…..

Heroes and Zeroes I could not help but notice that this year 62,979,879 ZEROES voted for a sick, mentally deficient, hateful, misogynistic, racist, sexual predator, who happens also to be a xenophobic, homophobic, bigot, whose presidential campaign served to facilitate an atmosphere so divisive that Americans now see fit to scream and yell at fellow Americans on airplanes, out of vehicle windows, on subways, all a testament to their fervor for their shared hate against anyone different, to include, people of color, immigrants, Jews, Muslims, gays, lesbians and trans people. The license to hate so openly and overtly duly provided by an illegitimate president elect Donald Trump. #NOTmyPRESIDENT

However – the 62,979,879 ZEROES, notwithstanding their strength in numbers, have unfortunately only made it into second place – as guess who beat them into first?   Yes Time’s Man of The year, Donald J. Trump!   He is Oblogdeeoblogda’s number one ZERO!

2. Donald J. Trump – for sexual misconduct, everything he has said and done this year, and most specifically because of the irreparable harm to those lives by his bevy of Executive Orders targeting Refugees and the Muslims through his travel bans

3. Republican Party – for not taking action against #45 as they stand by foster harm the embarrassment:  The harm to our relationships with international allies, his destabilizing of the Middle East and entire world with regard to escalating North Korea,

6. Aung San Suu Kyi who has done nothing to combat the prejudice perpetuated against Muslim Rohingya, seen as ‘illegal immigrants’ –  and not included in Myanmar’s official tally of ethnicities.  The result of this prejudice has been genocidal.

7. The American KKK, Nazis, white terrorist mass murderers, NRA, in the United States and anyone who refuses to legislate the gun control, (while upholding the Second Amendment,)  that would mitigate their threat and actual harm.

10. And last BUT not least –  Attorney Mercedes Gavin, a Marin County Lawyer,
who represents John Stewart Co, a landlord at Treasure Island, who is currently evicting a single Jewish woman of color,  a market rate renter, who had fully paid her rent, on what initially presented as a ‘no cause eviction,’  and then apparently changed into Airbnb accusations – albeit remedied.  In my estimation such eviction is nothing short of vicious given the issues could and ought to be settled out of court. I wondered is this perhaps retribution for whistleblowing – or perhaps did other factors motivate landlord client with a particular type of attorney dutifully taking it on?  I explored and there seems to be a pattern emerging where John Stewart Company and Mercedes Gavin, advising and representing, litigate evictions. There absolute right of course – however some interesting queries surface.

I wonder if the California State Bar ever looked into cases where reasonable settlements are offered and attorneys advise their clients to litigate nonetheless. I often wonder to what extent such situations become conflicts of interest between attorneys and possibly even their own clients.

Here is another case where John Stewart evicts: Anyone taking on these cases are not people I would want at my supper table!
There seems to be a pattern of Goliath versus David:  http://sfbayview.com/2017/02/my-constitutional-and-tenants-rights-were-violated-in-john-stewart-co-s-subsidized-hud-housing-on-treasure-island/
http://sfbayview.com/2017/09/death-camp-treasure-island/

1. The Women in the #MeToo movement – Thank you Time Magazine… for highlighting the silence breakers.

3. The Transgender Community and those who make strides into political office: Democrat Danica Roem, Virginia’s first transgender lawmaker and  Lisa Middleton was elected to the Palm Springs, California, City Council, becoming the first transgender person elected to a non-judicial office in the state.

4. Barack and Michelle Obama – still serving and as reminders of how things should be… Go Obama Foundation

5. The 3 Republicans who brought down repeal of Affordable Health Care Act –  John McCain, ( I choke a bit but must!)  Susan Collins and Lisa Murkowski.

6. Refugees, especially LGBTI refugees – for surviving and withstanding the nightmare of persecution, displacement and terrifyingly slow resettlement, many to be hampered by trump EO’s.

7. Doctors, especially Israeli doctors for attending to Syrian children and families medical needs – and all and any doctor who despite religious and political differences refuse to consider anyone an enemy and everyone an equal patient…

9.  Ana Navarro, Tara Setmayor- two Republican woman who continue to speak out against Trump and the sychophant Republicans.

10. Scientists –  June 1, 2017: In one of the biggest scientific breakthroughs of 2017, scientists used the gene-editing technology CRISPR (the most accessible gene-editing technique so far) inside the human body for the very first time. A new human trial aimed to remove the human papillomavirus (HPV) by applying a gel that carries the necessary DNA coding to the cervixes of 60 women to disable the tumor growth mechanism. Jul 27, 2017: Researchers in Portland, Oregon achieved a significant breakthrough in gene-editing technology. Taking advantage of the revolutionary gene- editing technique, CRISPR:  A gene linked to heart conditions was successfully “deleted” from a human embryo.

My YEAR in Review: 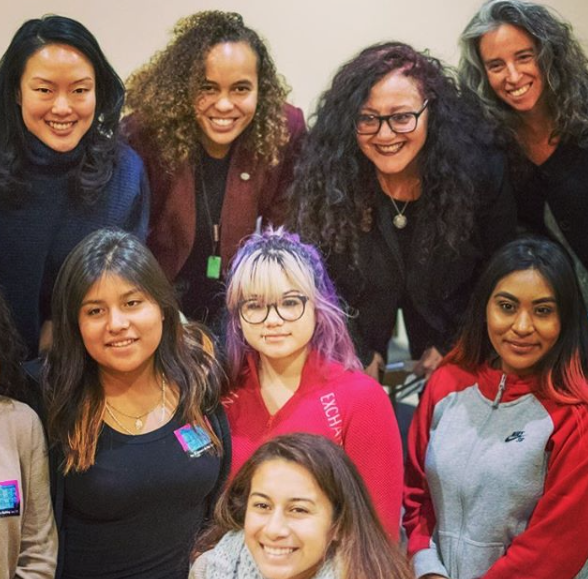 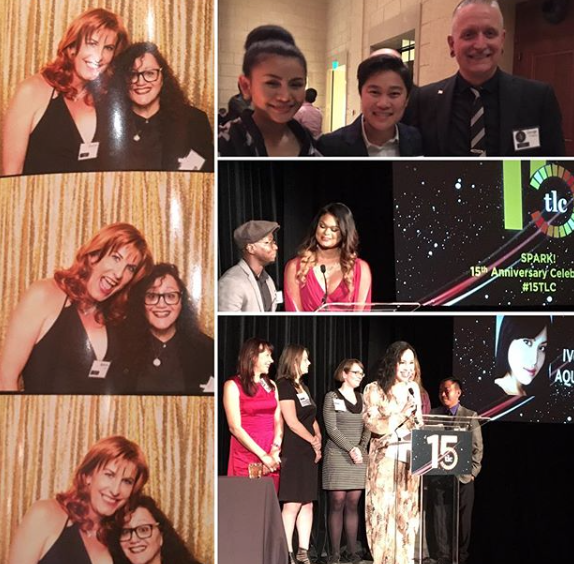 Served the last night of my term as Vice President on the Board of #SanFrancisco #pride – it was such an honor to have been elected and to serve – Grateful to #sfpride President Michelle Meow and Executive Director George Ridgely, fellow Board members and community for the #leadership the #love the #pride and the #lessons #instagay #instagood #lgbt #lgbtq#gay #lesbians 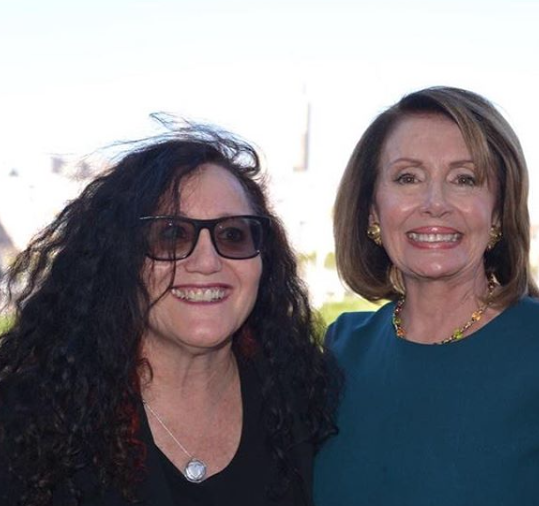 #SFPRide – Thanks for support of Mayor Ed Lee, Leader Nancy Pelosi,
former Senator Mark Leno- this year was a rousing success. I am proud to have served with such hardworking dedicated people such as Michelle Meow and George Ridgely.

Community loss and remembering Edie Windsor: #ediewindsora #hero to so many – with her resolve and tenacity took America on and together with@Kaplanrobbie won equality for millions. May her memory be for a blessing. read more at http://www.oblogdee.blog #lgbt#pride #sfpride2017 #sfpride #lgbtq #lgbti#memory #equality #lesbian #love 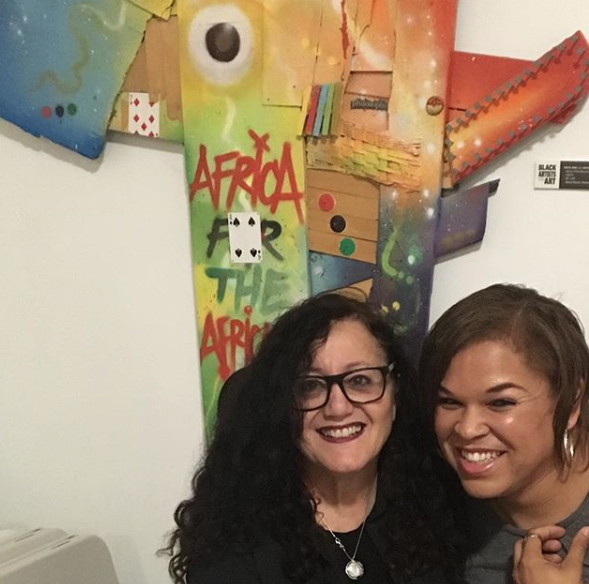 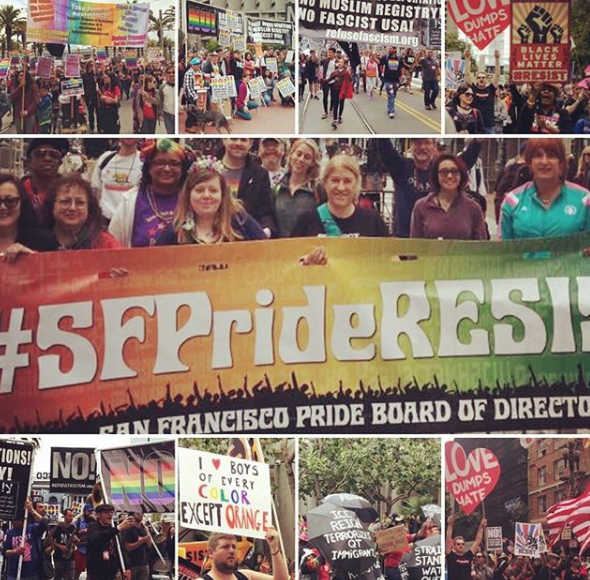 #SFPRIDE Resistance led by Board of Director for San Francisco Pride 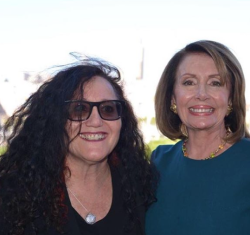 AND much travel for advocacy, to speaking engagements, TV,
panels, speeches, events – and indeed a worthy year!!!!! From IDAHOT to Women’ s March, to Sol Sunday, to United Methodist, UU Churches and more..