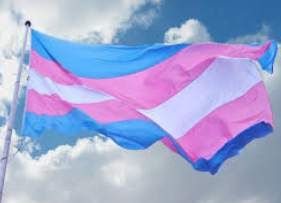 New York, NY- A U.S. government commission has ruled in favor of Transgender Legal Defense & Education Fund and its client, Jessica Shyne Robison, in her battle against workplace discrimination by Walmart subsidiary, Sam’s Club East, Inc. Ms. Robison faced bigotry on the job at Sam’s Club stores in Tampa and Bradenton, Florida. The EEOC has issued a Letter of Determination stating there is “reasonable cause to believe” that Sam’s Club discriminated against her in violation of Title VII of the Civil Rights Act of 1964.

Ms. Robison, a longtime employee of Sam’s Club stores in Florida, was rewarded with several promotions, but was “subjected to harassment and intimidation” by a supervisor in 2014 at a Sam’s Club store in Tampa after she began her gender transition. After filing a complaint, Ms. Robison was disciplined and demoted. The Commission stated “… there is reasonable cause to believe that [Sam’s Club] discriminated against [Ms. Robison] due to her transgender status/gender identity and retaliated against [her]…” The Commission also ruled that Walmart’s health care policy, excluding coverage of medically necessary transgender health care, violated the law.

“Ms. Robison was an exemplary manager, who was singled out by Sam’s Club simply for being a woman,” said Jillian Weiss, Executive Director of TLDEF. “This EEOC determination is an important step on the path to finding justice for Ms. Robison. The ruling sends a strong message. No one should ever be targeted for discrimination on the basis of sex. The EEOC has put its weight behind Ms. Robison’s claims. We will continue our fight to get justice for Ms. Robison.”

“I have always worked hard during my time as a Sam’s Club employee and my dedication to the job resulted in numerous promotions. But all that changed after people found out I was transgender,” said Robison. Sam’s Club ignored my my job performance and targeted me. It was wrong and the company must make amends. I am grateful to TLDEF and I look forward to moving my case forward.”