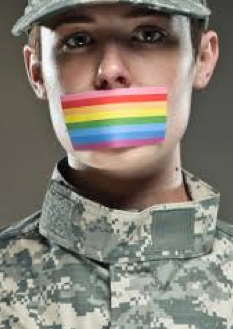 “Anonymous sources report that senior military leaders are calling for the return of ‘don’t ask, don’t tell’ for transgender troops, but extensive research on LGBT service in the U.S. and abroad has repeatedly found that treating all troops according to the same standards promotes readiness:

“A commission by retired Flag and General Officers and a former Surgeon General concluded in 2014, in a peer reviewed publication in a leading military-studies journal, that ‘there is no compelling medical reason for the ban’ on transgender personnel.

“A RAND Corporation study commissioned by the Department of Defense found that inclusive policy for transgender personnel would not harm military readiness. ‘We estimate the impact on readiness to be negligible,’ its report stated, with ‘no significant effect on cohesion, operational effectiveness, or readiness.’

“A comprehensive study by U.S. Service Academy professors, published in a leading peer reviewed military-studies journal, concluded that the repeal of DADT did not compromise readiness.

“Scholarly research on transgender service in foreign militaries has found that discrimination harms readiness while inclusion promotes it. Nineteen nations including the UK, Israel, Australia and Canada allow transgender personnel to serve, with none reporting any compromise to readiness.

“Scholars at the Palm Center have tracked the experiences of roughly two dozen openly serving transgender troops over the past year, and preliminary research indicates that inclusive policy has been a success and had promoted overall readiness by ensuring that a single standard is applied across the board.

“US Commanders have repeatedly praised transgender service members for enhancing readiness. Lieutenant Colonel David Rice said of Staff Sergeant Ashleigh Buch, a trainer of flight crew linguists who was the first transgender service member at Offutt Air Force Base to undergo gender transition: ‘She means the world to this unit. She makes us better. And we would have done that for any airman but it made it really easy for one of your best. And I would think that any citizen of the United States would be very very proud of Ashleigh’s journey and Ashleigh’s service to her nation.’ Colonel Walker Field said of Lance Corporal Aaron Wixson that, ‘We are lucky to have such talent in our ranks and will benefit from his retention if he decides to undertake a subsequent tour of duty…Enabling LCpl Wixson to openly serve as a transgender Marine necessarily increases readiness and broadens the overall talent of the organization.’

“DADT saddled the military with discriminatory rules that substituted fear and bias for evidence-based research. The military lost thousands of mission-critical personnel as a result, undermining its mission, ruining careers, and marring the integrity of the armed forces. Military and political leaders insisted that lifting DADT would undermine cohesion, recruitment and retention, but none of these concerns were borne out and the change was uniformly hailed for improving readiness.

“In 2010, former Chairman of the Joint Chiefs of Staff Admiral Mike Mullen said of DADT that, ‘No matter how I look at the issue, I cannot escape being troubled by the fact that we have in place a policy which forces young men and women to lie about who they are in order to defend their fellow citizens.’ In addition to undermining readiness, reinstating DADT for transgender troops would compromise core military values.

“Defense Secretary Jim Mattis has stated that he will make personnel decisions based on evidence about what best promotes force readiness. If he is serious about that commitment, he will maintain existing policy and make clear that there will be no return to the days of forcing capable applicants to lie in order to serve their country.”

The views expressed in this statement by retired General Officers are those of the individuals and do not reflect the official policy or position of the Department of Defense, the U.S. Army or the U.S. Government.