Over a thousand rally behind high school organizers

Clearly Donald J. Trump is not a popular man in Marin County,  a left leaning and progressive community.

The signs mostly alluded to Trump’s platform of hate, demonstrated though his campaign rhetoric.  The message was loud and clear – it was one of  love and unification to defeat racism, homophobia, antisemitism, islamophobia and xenophobia.

The peaceful and successful march and rally was organized by a group of high school students, all young women under voting age.

In their speeches,  two of the students courageously identified as LGBT, noting their equality was at stake, and the supportive crowd roared their support.

The young women have indicated that they would like to organize more rallies in the near future.   While it is crucial that we protest, assert our democratic rights, hug in unity, and scream our objections to racism., hate and bigotry, we must not lose sight of the fact that protesting on our streets is useless unless we follow with action – such as constant contact with our political representatives, the Speaker of the House, The Chairs and members of various committees. We should engage local representatives to ensure Resolutions, we should write letters – make calls-  demand investigations and transparency as needed….. noise is important but not enough – action is critical! Watch these pages and JOIN OBSTRUCT AND PROTEST TRUMP PAGE FOR ACTION ADVISORIES.

Read about my personal encounter with rabidly anti immigrant homophobe racist Trump appointee Jeff Sessions and follow actions to try and Keep Sessions from being confirmed as Attorney General: https://oblogdeeoblogda.me/2016/11/15/experiencing-the-hate-of-jeff-sessions-first-hand-rabid-anti-gay-racist-could-be-trump-ag/

Video can be viewed on my Facebook page: timeline: 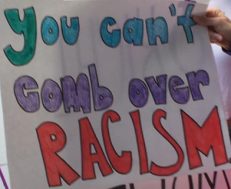 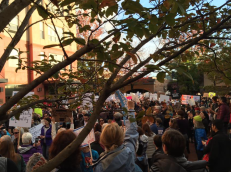 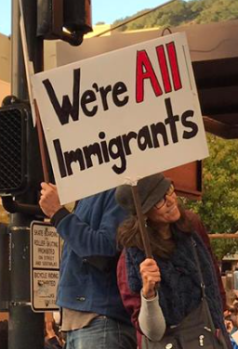 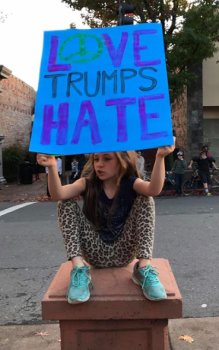 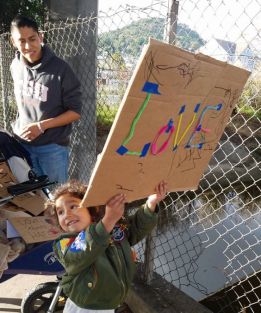