Ugandan Coalition appalled by utterances by the Minister of Ethics and Integrity, Hon. Simon Lokodo that he would call upon Ugandans to commit unlawful acts 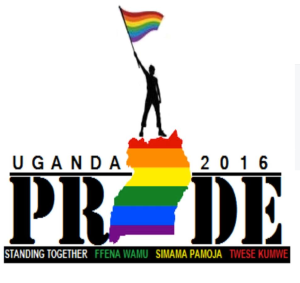 Here is the statement from The Civil Society Coalition on Human Rights and Constitutional Law (the Coalition)  in Uganda, condemning the Uganda Police Force’s actions as well as the horrific anti gay excuses  and calls for illegal actions by representatives of the Ugandan Government:

The Civil Society Coalition on Human Rights and Constitutional Law (the Coalition) condemns the Uganda Police Force’s actions on the evening of 4th August,when they brutally and unlawfully stopped an LGBTI Beauty pageant, harassed participants and arrested 16 persons including human rights defenders. The more than 200 attendees were locked inside the venue for over an hour while the Police confiscated some people’s phones and forced others to sit on the floor. Some of the participants were groped by Police officers, had their hair pulled, and the Police took some of their pictures without their consent and threatened to release identifying information to the public. A participant jumped from a 4-storey window to avoid police abuse and he suffered a fractured spine and needs expensive surgery. Many participants were beaten. They were later left to go but not before 16 people who included activists, organisers and participants were arrested, dumped on police
trucks and taken to Kabalagala Police Station.

While at the station, two transmen and one transwoman were subjected to humiliating and degrading treatment when they were groped and strip searched by policemen. They were also beaten by the Police and other inmates. The 16 were later released without charge after being cautioned.

Subsequent misleading statements by Minister of Ethics and Integrity Hon. Simon Lokodo and ACP Polly Namaye to attempt to justify the violent actions by the Police
have described LGBTI Pride celebrations as ‘criminal.’ We are appalled by utterances by the Minister of Ethics and Integrity, Hon. Simon Lokodo that he would call upon Ugandans to commit unlawful acts, namely that he would mobilise mobs to attack LGBTI persons. This amounts to hate speech as it puts LGBTI persons at the risk of being attacked by mobs. It is the solemn obligation of all Ugandans, but in particular government organs, to uphold the law.

It is the height of irony that a Minister of Ethics and Integrity would foment the commission of unlawful acts—the ultimate expression of unethical behaviour. The Coalition regards the brutal acts of the Police as illegal and unconstitutional as they violate the basic rights to equality, privacy, freedom from inhuman and degrading treatment and freedom of assembly, expression and association all of which are protected by the Constitution of Uganda. The Coalition also notes that this display of police brutality is not isolated—it comes at a time of escalating violence by
police targeting media, civil society, and political opposition.

We therefore call upon the Uganda Police, the Minister of Ethics and Integrity and the
government as a whole to:

1. Protect the rights of all people, including LGBTI persons as enshrined in them Ugandan Constitution and in international instruments to which Uganda is a
signatory

2. Publicly apologise for the unprofessional and unlawful conduct of its police officers in illegally stopping the event, and subjecting participants to inhumane and degrading treatment

3. Restrain government representatives especially the Minister of Ethics and Integrity from advocating unlawful acts, namely mob violence targeting LGBTI persons, and from uttering hate speech against LGBTI communities, thereby dehumanising these groups and rendering them more vulnerable to abuse and the violation of their rights

4. To assure LGBTI Ugandans of the protection of their rights and freedoms as full and equal citizens of Uganda

5. To carry out an independent investigation into the actions of the police and discipline those responsible.

The horrific Statements of the Ugandan Government Ministers can be seen here:
https://oblogdeeoblogda.me/2016/08/05/uganda-pride-postponed-due-to-threats-from-government-minister-lokodo/