The Government of Kenya has announced that it intends to close all refugee camps in the country, and while UNHCR implores Kenya to reverse this decision, we await information as to how they plan to deal with what could be a severe crisis.  LGBT refugees, after seeing the headlines, are now extremely stressed and uncertain as to how their cases will continue in the UNHCR system and are worried about their ability to survive, financially, as a prime funding organization withdraws its stipends.

The closure impacts mostly those people who have fled war torn Somalia and Sudan.  Kenya is threatening to send them back and to build a wall preventing future entry.  In addition, and making up a very small portion of the refugee population, are those refugees who have escaped anti-homosexuality laws and persecution in several African countries.  There are approximately 300 LGBT refugees either mandated or with mandates still pending in Kenya. They are mostly from Uganda and also Burundi, Rwanda, Ethiopia and DRC.   At this time, we are still unsure of how UNHCR will handle these cases.  Most of the LGBT refugees are not in the camps and are living in urban areas, such as Nairobi. However there are some living in Kakuma camp at this time.   It has been taking approximately two years for a legitimate LGBT refugee to be resettled abroad. To date scores have been resettled in countries such as Europe, Canada, USA and Iceland. Survival in Kenya pending resettlement has been extremely challenging.  HIAS has provided stipends to help urban refugees survive. However several months ago refugees were warned that the stipends would end in June, 2016.  Now this news has added to the uncertainty and stress.

The UN Refugee Agency is now calling on the Government of Kenya to reconsider this recent announcement that it intends to end the hosting of refugees.

The Ministry of Interior made the announcement on May 6 in a statement that cited economic, security and environmental burdens. It said the Government had disbanded its Department of Refugee Affairs and was working on a mechanism for the closure of Kenya’s refugee camps – a move that could affect as many as 600,000 lives.

“It is with profound concern that UNHCR takes note of this announcement. For almost a quarter of a century, Kenya has played a vital role in East Africa and the Horn of Africa in providing asylum to people forced to flee persecution and war.”

Edwards noted that the safety of hundreds of thousands of Somalis, South Sudanese and others has hinged on Kenya’s generosity and its willingness to be a leading beacon in the region for international protection:

“UNHCR has been, and will continue to be, in touch with the Kenyan Government to fully understand the implications of its statement. We recognize that Kenya has played an extraordinary role over many years as one of the world’s frontline major refugee hosting nations, and that inevitably this has had many consequences for the country and its population.”

In recognition of the country’s role, UNHCR has been a prominent advocate for robust international support for Kenya, including support for host communities and a careful listening to their concerns.

Edwards stressed that, in today’s global context of some 60 million people forcibly displaced, it is more important than ever that international asylum obligations prevail and are properly supported.

“In light of this, and because of the potentially devastating consequences for hundreds of thousands of people that premature ending of refugee hosting would have, UNHCR is calling on the Government of Kenya to reconsider its decision and to avoid taking any action that might be at odds with its international obligations towards people needing sanctuary from danger and persecution.”

We will report back as soon as we have further information about how UNHCR intends to deal with the situation, including its plans for the LGBT refugee population. UNHCR officials have spoken with refugee leadership in Kenya and note that there is no way forward at this time. All seems to be hinging on the negotiations with the Kenyan Government.  Those awaiting RSD, decisions, without waiting slip/alien card and new arrivals are at greatest risk due to this uncertainty.   Ugandans seeking UNHCR protection who are still in Uganda and headed to Kenya, may have little recourse or options.

In the meantime the funding needs for LGBT refugees are even greater as we prepare for the unknown. Since HIAS, the organization that has been providing stipends to LGBT refugees to survive in urban areas announced it will stop funding as of June, 2016, a decision that was made many months ago,  groups of LGBT refugees have been forming to create small businesses in the urban areas in the hope of generating income for survival.  However given this news of closure, it is highly unlikely that these micro businesses will survive the likely clamp down on urban refugees by Kenyan police.  It is clear that all refugees are not welcome in Kenya and the worry is that the Kenyan government will not honor the UN protection of refugees. Already LGBTI refugees have been the target of police harassment and brutality.    There is no knowing where this will lead.  We as an international LGBTI community need to start preparing, through critical fundraising, so we are ready to help LGBTI refugees, when this emergency heightens.

As Executive Director of  the African Human Rights Coalition,  I am pleading to our community to take note and to consider much needed donations, in whatever amount, so we are ready to shelter and feed LGBT refugees, beyond their current urgent needs:

The new arrivals:  UNHCR is not registering any new arrival unless already registered with DRA. Those awaiting mandates are affected because DRA is closing.

Those waiting for slips are also affected and the  way forward will be revealed if a solution is found after negotiations between UNHCR and the Kenyan government. UNHCR has asked refugees to stay calm as they are trying their best to see that everything stabilizes and returns to normal.

All those having eligibility interviews, you are required to report at UNHCR for the interview. For any emergencies, we are required to contact the UNHCR radio room number which is 24 hours on Tel: +254 728602555 Protection email: kennapt@unhcr.org 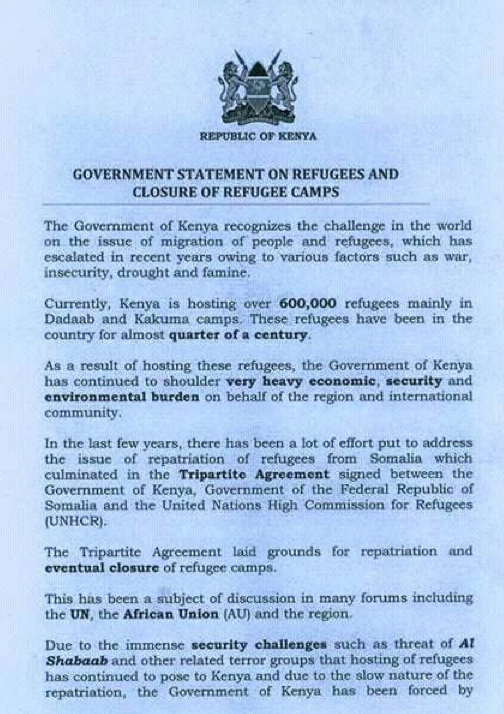 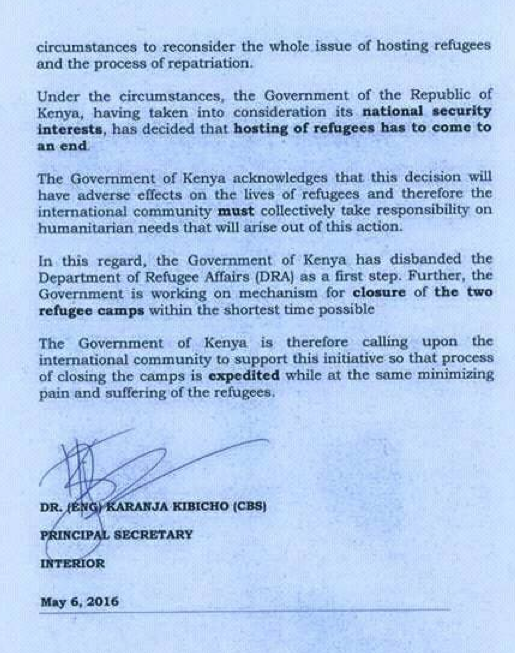 The new arrivals:  UNHCR is not registering any new arrival unless already registered with DRA. Those awaiting mandates are affected because DRA is closing.

Those waiting for slips are also affected and the  way forward will be revealed if a solution is found after negotiations between UNHCR and the Kenyan government. UNHCR has asked refugees to stay calm as they are trying their best to see that everything stabilizes and returns to normal.