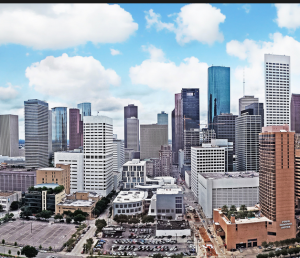 The Transgender Legal Defense & Education Fund (TLDEF) responded to news that voters have repealed the Houston Equal Rights Ordinance (HERO), which banned discrimination against Houstonians in housing, employment, public accommodations and city services. It protected residents from public and private sector bias based upon their race, religion, age, disability, military status, sexual orientation, gender identity, and several other characteristics. The ordinance passed the Houston City Council in 2014, sparking a push by opponents to place a repeal referendum on the ballot. The Council ruled that opponents had failed to gather enough signatures to move their effort forward. They then filed suit and the Texas Supreme Court ordered the Council to overturn HERO or send the referendum to the ballot.

“This vote is a setback for Houston and for equal rights. Houstonians turned their backs on their city’s historic embrace of diversity and inclusion. Leading up to the vote, those opposed to HERO waged an all-out war against it, spreading fear and misinformation about the law’s protections for transgender Houstonians. Anti-transgender activists made false and offensive claims designed to exploit the public’s lack of familiarity with the transgender community and the unique challenges it faces.

“From day one, this law has been about ensuring that Houston residents receive basic protection from discrimination in employment, housing, and public accommodations, and that they have legal recourse if they are fired from their jobs, thrown out of their homes, or refused service just because of who they are.

“Opponents have been vicious in their efforts to turn back the clock on justice, but in due time their tactics will cease to be effective. As Houstonians and Americans everywhere continue to learn more about their transgender family members, neighbors and co-workers, efforts to vilify the community will fail.

“The struggle for basic fairness is far from over. We stand shoulder to shoulder with Houston Mayor Annise Parker and all those who worked tirelessly in support of HERO. Justice and equality will prevail in Houston and throughout our nation. We remain steadfast in our commitment to the pursuit of equal rights.”

The following statement was released by Center for American Progress Director of the LGBT Research and Communications Project Laura E. Durso:

“While there is no denying that this result is a loss for the people of Houston—including the city’s lesbian, gay, bisexual, and transgender, or LGBT, residents who only sought to be treated fairly—this vote also underscores the urgent need for federal action to provide clear, explicit, and equal protections from discrimination for LGBT people nationwide. Despite the results in Houston, an overwhelming majority of Americans—including majorities of every race, religion, and political party—support LGBT-inclusive nondiscrimination laws. Most Americans already think these protections exist nationwide; and when the public is educated about the legal patchwork and reality of discrimination faced by LGBT families, the demand for action becomes unstoppable. After the passage of these laws in hundreds of cities across the country and in 19 states, the momentum is evident. If the LGBT community’s historic success with marriage equality tells us anything, it is that, in the long run, misinformation, negativity, and fear are always overwhelmed by optimism, hope, and—above all—love.”