Years ago many gay partner couples entered into adoptions thinking that the possibility of marriage would never be a reality in their lifetimes. Entering into an adoption guaranteed these couples certain legal protections like hospital visitations and inheritance rights. In the wake of the recent Supreme Court decisions in the Windsor and Obergefell cases, the latter finally bringing marriage equality to all 50 States, many of these couples now want to annul their adoptions and obtain marriage licenses. Unfortunately, in 25 states, including Pennsylvania, such a move could be considered incest and is punishable by up to ten years in prison. State courts have handled this differently with some allowing gay couples to annul their adoptions and others refusing to do so.

Spurred by a case in Pittsburgh in which a gay couples’ request for an annulment was refused, Senator Bob Casey (D-PA), today sent a letter to Attorney General Loretta Lynch asking the Department of justice to issue legal guidance that would encourage state courts to allow these adoptions to be annulled so these gay couples can finally get married.

Here is a copy of the letter sent by Senator Casey: 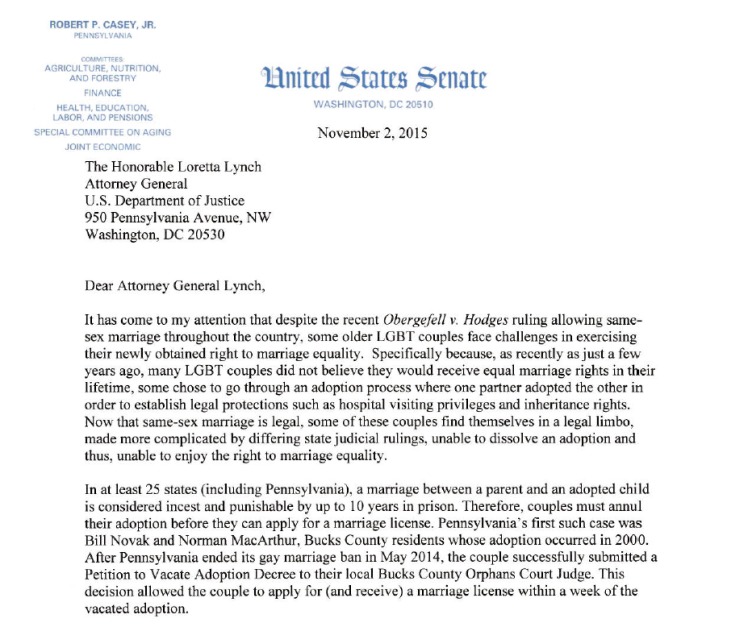 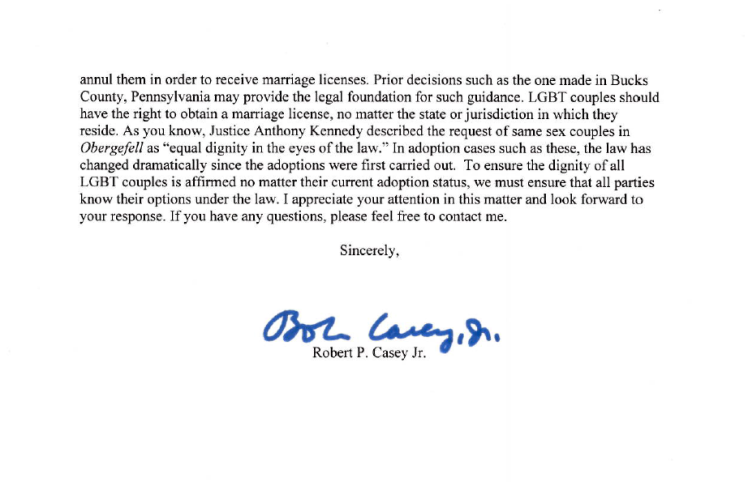 Robert Patrick “Bob” Casey, Jr. is an American attorney, politician and member of the Democratic Party who serves as the senior United States Senator from Pennsylvania, in office since 2007.