June 2014, San Francisco, CA – The San Francisco Lesbian, Gay, Bisexual, Transgender Pride Celebration Committee is excited to announce the 44th Annual San Francisco LGBT Pride Parade and Celebration (SF Pride), to take place Saturday and Sunday, June 28th and 29th. Annually, the two-day event is the largest free gathering of LGBT people and allies in the nation; with nearly 300 exhibitors, and more than 20 community-produced stages and venues. The crown jewel of the weekend is the Pride Parade on Sunday morning; and with over 230 contingents registered for 2014, organizers are planning for another spectacular year. Notes George Ridgely, Executive Director of SF Pride, “As with each celebration, we are honored to dedicate a weekend of merriment and commemoration to the courageous work of the LGBT community members and supporters who tirelessly advocate for equality and inclusion every day of the year.”

Sunday, June 29th. A complete list of activities, entertainment, and event information can be found at sfpride.org.

Ross Mathews
Popular television personality and author of Man Up! Tales of My Delusional Self-Confidence, Ross Mathews has also been working with OraQuick, the first in-home rapid HIV test, on the “Life as We Know It” campaign to get gay and bi-sexual men talking and testing themselves for HIV.

Roberta Kaplan
Roberta (Robbie) Kaplan is a partner in the Litigation Department of Paul, Weiss LLP. Kaplan successfully argued the case of United States v. Windsor before the United States Supreme Court. In its landmark decision, the Court ruled that a key provision of the Defense of Marriage Act (DOMA) violated equal protection principles of the United States Constitution. The consequences of the Windsor decision have been both rapid and profound. At least 18 lower courts throughout the United States, including in Ohio, New Mexico, Kentucky, Texas and Utah, have held, relying on Windsor, that gay couples should be accorded equal rights under the law.

Barney Frank – Guest of Honor
Former member of the U.S. House of Representatives, Barney Frank (the first openly gay U.S. Congressman, serving from 1981 to 2013), accompanied by his husband James Ready, will join the 44th Annual San Francisco Pride Parade as a Guest of Honor. Frank was the co-sponsor of the financial industry reform, Dodd-Frank Act, and served as chairman of the House Financial Services Committee from 2007-2011.

Week, EJ Johnson continues to make his mark on the industry by providing expert knowledge on all things fashion and entertainment related. In early 2014, EJ appeared as himself in the premiere season of E! Entertainment’s hit reality series, #Rich Kids of Beverly Hills, and just this spring, EJ launched his own fashion blog EJJohnsonStyle.com.

Transpersonal Psychology (Sofia University). At the latter she teaches women’s mythology and ancient literature, Metaformic Consciousness (a philosophy created by Grahn), and Uncommon Kinship — a course that uses theories from her Metaformic philosophy. What was Judy’s reaction to the surprise news of her honor? “Oh, what can I say? I’m thrilled for this” — said to my spouse, “Does this mean I can ride on the back of a motorcycle with one of the dykes on bikes?” She said “No, it’s sitting up on the back of a convertible waving at everyone, you’ll like it.” 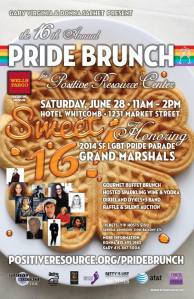 Miss Major Griffin-Gracy
The SF Pride Board of Directors chose Miss Major Griffin-Gracy as a Community Grand Marshal. For over 40 years, Miss Major Griffin-Gracy has been an activist and community organizer. From her work with the Mattachine Society in the early ‘60s through the 1969 Stonewall Rebellion to her current work as Executive Director of the Transgender GenderVariant Intersex Justice Project, Miss Major has worked tirelessly for social justice and the human rights of transgender women of color. She identifies as a father, mother, grandmother, and grandfather to her own children, and to many in the transgender community. Miss Major has spoken around the world about concerns of transwomen of color in the prison industrial complex. Her life and campaigns are currently the focus of a feature length documentary film, which will be released in 2014. Of her appointment, Miss Major stated: “It’s an honor, it’s a blessing, and it’s a commitment to transgender communities. It means so much to be an elder Black male to female transgender person chosen for this honor. It recognizes not only me, but also my community and the contributions we’ve made in leading this struggle. It gives the world an opportunity to see that our community exists in all its varied shades, opinions, and ideologies.”

Tommi Avicolli Mecca
SF Pride’s General Membership selected Tommi Avicolli Mecca — a longtime, queer/affordable housing rights activist as their Community Grand Marshal. He has worked for the Housing Rights Committee of SF for 14 years, doing tenant counseling and advocacy. Mecca is author/editor of four books, a musician, and a performer, including his recent appearance in a musical he wrote called “this boy is just too strange” which debuted at the Eric Quezada Center in February 2014. Upon hearing this news, Mecca offered, “It’s an honor to be chosen to be a grand marshal. My contingent will have as its theme “housing is a queer right.” I invite everyone to join us in calling for affordable housing for all, an end to evictions and displacement, and an end to homelessness and poverty in our community.”

Melanie Nathan
The SF Pride Board of Directors chose Melanie Nathan as a Community Grand Marshal. Nathan is a South African attorney, former Marin County Human Rights Commissioner, and founder of Private Courts – a global human rights advocacy firm based in the Bay Area. Known for her popular advocacy blog at http://www.oblogdeeoblogda.me and her LGBT activism. Nathan’s pro bono work includes assisting persecuted LGBT Africans to escape from countries where they are criminalized. She advocated for bi-national same-sex couples and has secured the release of LGBT asylum detainees. She brought the issue of “corrective rape” in South Africa to the international arena, drafting reforms for the SADOJ, while participating in the establishment of a Government led task team. Nathan has established a rescue fund for LGBT Africans seeking refuge. In response to her selection, Ms. Nathan responded: “It’s a great honor to be chosen. Thank you San Francisco Pride! This is so important to me because of the opportunity it provides to further my advocacy for LGBTI Africans currently in hiding from homophobic laws that have caused their persecution. There is no justification for institutionalized homophobia. Although we do not have full equality in the USA, we are free to speak out, and so we have a critical duty to advocate for those in hiding, who cannot and there could be no better forum that SF Pride.”

Designed to honor those who have made a significant and historical impact on the LGBTQ community and the movement for LGBTQ rights.

Dr. Ted McIlvenna is an 82-year-old United Methodist clergyman who was assigned in the early ’60s as a missionary to those persons who had chosen alternate sexual explorations and identities in their lives. Ted is now the President of the Institute for Advanced Study of Human Sexuality and Trustee of the world’s largest collection of erotic materials. Ted considers the present award a great honor which he shares with his wife of 58 years, his two children, his many grandchildren, and his many great-grandchildren. In response to being notified of his award, McIlvenna stated: “Most people are fortunate in their lives to have had ‘giant hours’ that they will always cherish. I appreciate the SF Pride Committee recognizing the giant hours I’ve had working with and fighting for the LGBTQ community.”

Scott Lively
According to the Southern Poverty Law Center, Lively co-founded the virulently anti-LGBT group Watchmen on the Walls with along with Sacramento-based Russian radio host Vlad- Kusakin, Seattle megachurch pastor Ken Hutcherson, and Latvian megachurch pastor Alexey Ledyaev. In 2007, Lively spoke at Ledyaev’s church, where he railed against the gay rights movement, calling it “the most dangerous political movement in the world.” Lively expressed pleasure and support for a bill that outlaws “homosexual propaganda” in Russia, signed by President Vladimir Putin in June 2013, and claimed in a September 2013 interview with NBC that he influenced the Russian lawmakers who implemented it. Lively’s call for the criminalization of “the public advocacy of homosexuality” has included his influence on the engineering of the Uganda Anti-Homosexuality Act (2014). Often referred to as the ‘Kill The Gays’ bill, which originally called for the death penalty for those who engage in same-sex relationships, it was subsequently changed to propose life imprisonment as punishment. This legislation is considered as having influenced similar legislation in other African states, such as Nigeria and Kenya. 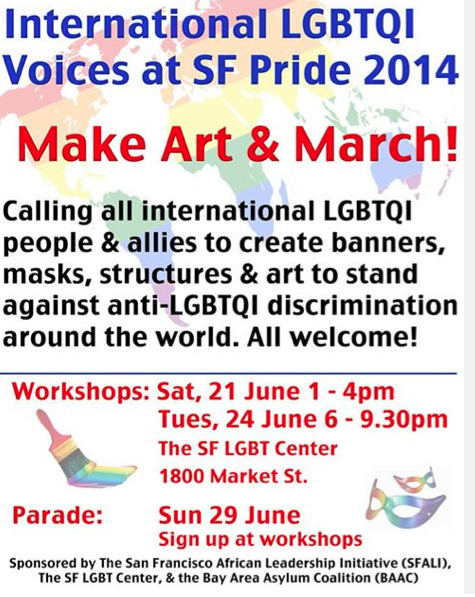