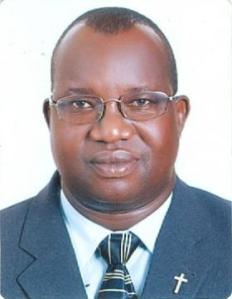 Ugandan Activists are fighting back after the Ugandan Minister for Ethics and Integrity, Hon. Rev. Fr. Simon Lokodo closed down a private meeting of LGBTI community at a luxury resort in Entebbe, accusing the group of illegally “promoting” homosexuality.

Four members of the LGBTI community in Uganda sued the Attorney General and the minister  for interrupting and closing the workshop in Entebbe, citing their action to be unlawful and baseless.

The case came before Judge Eldad and was adjourned for the second time until the 24th September 2012.

Frank Mugisha, Kasha Jacqueline, Geoffrey Ogwaro and Pepe Julian sued the Attorney General and the honorable minister for unlawfully interrupting a capacity building workshop which was into its third day, at the Imperial Resort Beach in Entebbe.

Here is the Report provided from a group present at the hearing:

There was a recap of the events of the first hearing with the presentation of files to a fully packed court. An argument ensued on whether or not it was necessary for the lawyer to be present.

The state attorney requested for an adjournment saying that the respondents were not prepared. The second respondent was out of the country and couldn’t be available for cross examination. It was argued that  there was a number of files containing important information which they wished to discuss further. These files she said would assist the court to look at the matter in context and unfortunately they weren’t able to do that between 2nd and 6th as requested. She therefore requested the court to adjourn to enable the respondents to file for other affidavits.

The plaintiff lawyers objected to the request for an adjournment saying that the defendants were given ample time to file these affidavits, quoting order rule 8 of the Civil Procedure Act that stipulates that they must have compiled these affidavits in 30 days after they had been served.

It was agreed that on 14th Feb., the second respondent, Minister of Ethics and Integrity, Hon. Lokodo interrupted and closed down a workshop that was attended by several members of the general public and the Lesbian, Gay, Bisexual, Transgender and Intersex community in Uganda as the workshop was proceeding at 11:00am on the 3rd day.

Some of the issues that were raised included

Court adjourned till 24th September since court closes for vacation next week Friday. The judge demanded that the defense should present the second respondent for cross examination.

This is an extraordinarily courageous attempt by the LGBT activists against what has since become an ongoing process of persecution against the community under the guise of suspect government actions, the legalities of which must be determined.

Since that event, the Minister has launched a raid against another workshop where Uganda hosted visitors from neighboring countries, has seized private meeting minutes and has threatened to close down 38 NGO’s providing support to community.

Read more of the event that resulted in this action at : http://oblogdeeoblogda.me/2012/02/14/ugandan-minister-illegally-kicks-gays-out-of-luxury-resort-in-entebbe/

The minister has had the audacity to overtly act out one very reason the impending Anti-Homosexuality Act should not be passed in that country…. by Melanie Nathan, February 14, 2012 Ethics Minister Fr. Simon Lokodo, who recently said nobody would block the Anti-Homosexuality Bill, has today Tuesday blocked n LGBT conference on the shores of […]

Do Western Activists have a role? This Article explores that question only in part, intending to set up the discussion. By Melanie Nathan, Feb 19, 2012 It seems as if the Ugandan Minister Lokodo thinks he has the right to autocratically order arrests of gays and lesbians before the new  (anti-gay) law in Uganda that […]

Observer Reports – NGOs’ gay plans leak, govt furious By Melanie Nathan, June 27, 2012. Ugandan LGBTI activists awoke this morning to a shock when they found that the Ugandan Government had infiltrated their meetings and obtained Minutes outlining their strategies and naming people and organizations in the movement. The Ugandan Newspaper, The Observer reports […]

By Melanie Nathan, June 20, 2012. Uganda’s persecution of its LGBTI community is heating up with recent lashing out on the part of one Minister who has decided to take the law into his own hands by breaking up peaceful lawful meetings and trying to de-register NGO’s. Ugandan Fr. Simon Lokodo, a catholic priest with […]