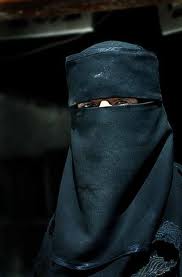 An Arab-Israeli lesbian couple, who fled to Canada from Israel in fear of death at the hands of their Muslim family have been told they can remain in Canada for another chance at receiving asylum, according to the  Toronto Sun newspaper.

Iman Musa and Majida Mugrabi, living in Toronto, filed unsuccessful refugee claims that were appealed to the Federal Court of Canada; and now the couple has been granted another hearing by an Immigration and Refugee Board based on new information that shows one of Mugrabi’s cousins confessed to the “honor killing” of his sister 12-years ago.

According to the post, the  couple provided an emotional letter explaining that  they would be killed if forced to return for being Muslim  and in a same-gender relationship.

The couple, through their lawyer, Daniel Kingwell, said they were pleased by the court’s decision but still fear for their lives.

“As Muslim women, we don’t have any rights in our families,” the couple wrote. “The fact that we are lesbians does not help.”

The letter claimed Mugrabi’s grandfather is a Muslim sheikh, who “repeatedly threatened to kill her.” Musa’s brother, from Ramleh, has “threatened to kill her if she does not leave her lesbian relationship and marry a male,” the women alleged. “There are several police complaints regarding the threats of her brother.”

“Same sex relationships are not permitted or accepted in all Arabic countries,” they said. “There are many stories about honor killings and we are victims of this.” Kingwell said the women will be killed if deported to Israel.“The situation is not the greatest for gays or lesbians in some Arab countries,” Kingwell said on Saturday, adding many “honour killings” occur from family members who slay their same-sex or gay relatives.

While Israel is known as a country highly tolerant  of its thriving LGBT community with elements of equality, it is a well known fact that the Arab communities in Israel still hold an extremely conservative outlook and condemn the LGBT lifestyle.

The U.S. Courts have been known to grant asylum to lesbians who seek refuge after similar death threats by family members in Middle eastern countries.