Ghana is launching into anti-LGBTQI swampland that will bring violence and danger to LGBTQI individuals in that country, as well as risk the nations standing with regard to international AID and tourism. Draft anti-gay legislation submitted to Ghana’s parliament may legislate up to 10 years in prison for LGBTQI individuals as well as groups those who advocate for LGBTQI and related rights, express sympathy or offer social or medical support, in one of the most draconian and sweeping anti-gay laws ever proposed around the world. 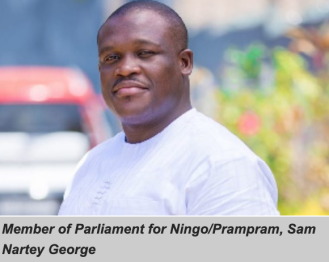 Support for intersex people would also be criminalized and the government could direct intersex people to receive “gender realignment” surgery, said the draft legislation.

According to a Guardian report, “…a leaked copy of the promotion of proper human sexual rights and Ghanaian family values bill, widely circulated online and confirmed as authentic by diplomats with access to the draft bill, has sparked outrage and growing fear among human rights activists.”

The bill would be the first major step in criminalizing sexual orientation, gender identity and expression, and sexual characteristics (SOGIESC), and supporters, since independence from colonial rule, the latter serving as the launch for anti-homosexuality sentiment in the country.

The prospect of harsh new laws has been hailed by numerous MPs and supported by figures in President Nana Akufo-Addo’s government.

As noted in the Guardian article, this move toward wide net legislation and harsher punitive measures, follows a wave of repression against LGBTQI people in the west African country since January this year. In February, a community space offering support for sexual minorities was forced to close amid a backlash from politicians, civil and religious groups and the media, and also led to a rise in arrests and abuse against people perceived to be gay or queer.

Also 21 people were arrested in the city of Ho in March, at a training event for paralegals and other professionals working on supporting vulnerable groups. They were released on bail last month yet many of the defendants are living in safe-houses for fear of the safety, with some disowned by family members and having lost their jobs.

GUARDIAN REPORTS ON THE IGNORANCE AND HOMOPHOBIC EXPRESSIONS THAT UNDERPINS THE BILL:

On Friday, Sam Nartey George, an MP who has described gay rights as a “perversion” and led a group of lawmakers who drafted the bill, dismissed online condemnation of the bill as “uninformed”. “Homosexuality is not a human right. It is a sexual preference,” he said in a post on Twitter. “We shall pass this bill through.”

Foreign diplomats said that they have expressed significant concern over the bill to Ghana’s government. Ghanaian officials have privately sought to allay fears that that the bill will pass. Parliament has not yet appointed a committee to review the draft legislation and the bill will likely be subject to various amendments before it is passed.

GUARDIAN REPORTS FURTHER: Nana Ama Agyemang Asante, a journalist and activist in Accra, said she was “stunned by the contents, the crudeness of the language, and the cruelty behind the intent” of the bill. “I have spent all my time as a journalist advocating for gay rights so I can’t believe that we have arrived at this point where they want to criminalize everything and everyone including the existence of allies, intersex and asexual folks.”

To note current Penal Codes, “Unnatural carnal knowledge” – often interpreted as non-heterosexual sex – is unlawful in Ghana. Prosecutions are rare, yet many gay and queer people have reported experiencing abuse by citizens and law enforcement agencies.

“This is an extremely dangerous bill for many reasons: It impacts not only LGBTQI individuals, organizations, allies, but also anyone perceived to be LGBTQI and anyone involved in related human rights work. It extends to family, professionals, educators, journalists, and anyone in the chain of health and legal services. It creates an atmosphere that will serve witch-hunts, blackmail by state and non-state actors, and will prop up and give license to ongoing persecution which will include, inter alia, violence, torture, corrective rape and mob vengeance.

It will also embolden politicians to scapegoat the LGBTQI community, while at the same time pitting western AID providing governments against Ghana. It will cause sanctions and boycotts, all of which will only serve to encourage backlash against the LGBTQI community itself. It will lead to more displacement of LGBTQI individuals both internally and to a migration seeking resettlement or asylum. The latter will occur in a region that is almost impossible for displaced individuals to seek and attain any measure of safety and protection.

This is in effect a death sentence. We must approach this delicately given the complexities involved. Anyone seeking action or advocacy should consult with those knowledgeable to include all stakeholders, which first and foremost means those directly impacted, the LGBTQI community itself.”

Already Sam Nartey is invoking underlying threats – where he has noted that he “fears for the political future” of any parliamentarian who does not vote for the Bill. This is setting the tone for an atmosphere of fear that undoubtedly will derogate from a quest for educational information and a human rights approach to the issue.