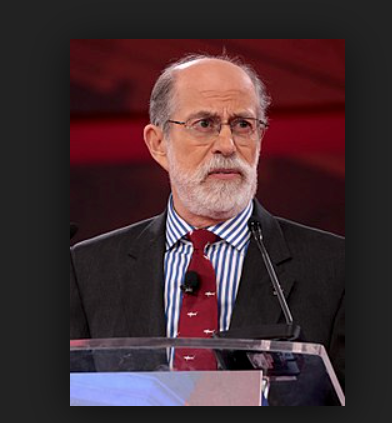 Today a massive blaze at Notre Dame Cathedral in Paris devastated large parts of the 850-year-old church. Then comes the hate:-

“Attacks on French Churches constitute a warning” says the fear mongering dishonest extreme American organization known as “Save the Persecuted Christians” and a nutcase, hiding behind this organization named for Christianity, is saying this while scapegoating Muslims, before the fire at Notre Dame in Paris has been extinguished.  With an investigation into the cause yet to begin and knowing that the French authorities have already indicated the fire was probably not deliberate, the unsubstantiated attack notes, “..unless we stand up for persecuted Christians, what is happening there will come here.”

I was stunned to receive this press release in my e-mail today (excerpt):

WASHINGTON—The faithful around the world watched in shock and horror as flames from the Notre Dame Cathedral lit up the Paris sky, marking at least the partial destruction of a religious, cultural and historic global landmark.

Save the Persecuted Christians (STPC), which advocates on behalf of hundreds of millions of Christians facing heavy persecution worldwide, says the tragedy is the latest in a string of church fires in France—a trend that should alarm believers worldwide.

Frank J. Gaffney, president and CEO of Save the Persecuted Christians, issued the following statement in the wake of the destruction.

“The fire that catastrophically consumed Christendom’s most beautiful cathedral in the heart of one of its most important capitals is a tragedy not only for Christians, but for the world,” Gaffney said. “While the cause of this particularly devastating loss remains to be determined, it comes against the backdrop of numerous attacks that have desecrated or destroyed Christian houses of worship across France.

“This pattern of attacks is a symptom of a Sharia-supremacist assault on Christianity in France, often enabled by the country’s intolerant secular left,” he continued. “It suggests that the kind of persecution that is now afflicting some 300 million followers of Christ elsewhere around the world is coming full force to Europe as well.

“Americans are on notice: Unless we counter the forces perpetrating such crimes against humanity in furtherance of the global triumph of Sharia, we will be subjected to similar predations here, too. Indeed, a leading indicator of the state of submission in this country is the self-censorship that seems to be precluding widespread reporting about the wave of attacks on churches in Europe, and anti-Christian persecution more generally.

“This phenomenon amounts to compliance with Sharia-blasphemy restrictions,” Gaffney concluded, “and only incentivizes its adherents to demand further concessions. We must stand up for Christians and Christianity in the face of those who would destroy, not just their houses of worship, but the faith itself, as well as its practitioners.”

Save the Persecuted Christians Executive Director Dede Laugesen also pointed to recent headlines about the burning, vandalism or destruction of churches in France:

“Due to the extensive damage, we may never know the cause of the inferno that has destroyed Notre Dame Cathedral,” said Laugesen. “Bill Donohue, president of the Catholic League, and Phillipe Karsenty, a French elected official, were cut off by Fox News anchors when they raised the concern that this fire may in fact be tied to a string of suspicious fires and acts of desecration at churches and cemeteries all over France in just the past few months. These heinous, religious-based hate crimes targeting Christians demand attention.

This is a lie. We cannot escape context, with this type of scapegoating and fear mongering mirroring that which the Trump-era has so radically licensed. Not only is this hateful opportunism at its worst, it is dangerous and its lie can cause retaliation and loss of life.

While I do not like to give any fuel to nutcase conspiracy theorists like Gaffney, I cannot be silent: We must speak out against people like him, as I have no doubt that other outlets, seeking to further promote the trump-like messages of hate, will carry the Press Release as if gospel.  While Gaffney hides his Islamophobia behind so called Christian persecution, giving his organization its faux-air through its name – “Save the Persecuted Christians” – he cannot hide the big lie- all in plain sight.

Gaffney is an aggrieved hateful bigoted man, in bad need of attention, typical of a conspiracy theorist. His Wikipedia page describes him as: “An American anti-Muslim conspiracy theorist and the founder and president of the Center for Security Policy, a Washington, D.C.-based national security think tank that has been widely described as engaging in conspiracy theorizing by a range of individuals, media outlets and organizations. In the 1970s and 1980s he worked in various roles for the federal government, including seven months as Acting Assistant Secretary of Defense for International Security Affairs during the Reagan administration.” And “Gaffney has been associated with David Yerushalmi for being responsible in spreading misinformation about Islam and for encouraging the enactment of anti-Muslim laws, including anti-Sharia legislation in the United States. Following John R. Bolton’s appointment as National Security Advisor, Gaffney was criticised as the source of where Bolton’s beliefs originated on a number of subjects. This included the Iran nuclear deal and many Islamic beliefs.”

The Southern Poverty Law Center (SPLC) describes Gaffney as “one of America’s most notorious Islamophobes”. The Anti-Defamation League has said that Gaffney “has promulgated a number of anti-Muslim conspiracy theories over the years” and that he has “undue influence” relative to other like-minded figures. In 2011, Gaffney was banned by the American Conservative Union from the Conservative Political Action Conference (CPAC), but since returned to CPAC to host panels at the conference in 2015 and 2016.

One of his outrageous theories includes accusations that Hillary Clinton aide Huma Abedin is a secret agent of the Muslim Brotherhood. After the allegation was repeated by Michele Bachmann, US senators John McCain, Scott Brown, and Marco Rubio joined in dismissing it, and the then Speaker of the United States House of Representatives John Boehner said “accusations like this being thrown around are pretty dangerous.”

When I see his bullshit arrive per e-mail as a Press Release, before the flames of Notre Dame are barely extinguished, I am compelled to speak out and call this nutcase out for what he is – a crazed hate monger, of Trump-era proportion, who will stoop as low as he can go- so low – that he would use Christianity and Catholicism’s devastating day in so opportunistic a fashion – to promote his personal hateful agenda, all the while hiding behind some false claim to the persecution of Christians!

Lest we forget the host of schmeckles who will tag along with this very hate to blame the gays and Jews!