Gender and Queer Perspectives on Brexit 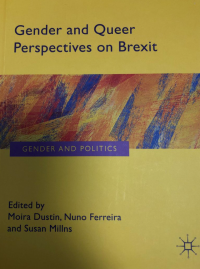 “On 24 June 2016, many people had the feeling that they woke up in a country prone to isolationism and protectionism, risking hurting its economic and social development for the sake of imperial nostalgia and moral panic about ‘loss of sovereignty’ and ‘mass migration’. That feeling inevitably affected many individuals who identify as lesbian, gay, bisexual, trans, intersex, queer and other (LGBTIQ+). Although the possible impact of Brexit seems to have been scrutinised from most angles, there has been limited analysis of how it may affect LGBTIQ + individuals. This contribution assesses Brexit in relation to the situation of LGBTIQ + individuals. This is particularly timely in the light of the recent UK Supreme Court decision in Walker v Innospec Limited, where the Court relied on EU law to hold a provision of the Equality Act 2010 unlawful for violating pension rights of same-sex couples.” (Abstract)

This is part of a collection that examines the opportunities and challenges, rights and wrongs, and prospects and risks of Brexit from the perspectives of gender and sexuality. While much has been written about Brexit from legal, political, social and economic perspectives, there has been little analysis of the effects of Brexit on women and gender/sexual minorities who have historically been marginalised and whose voices have been less audible in political debates – both nationally and at the European level. The collection explores how Brexit might change the equality, human rights and social justice landscape, but from the viewpoint of women and gender/sexual minorities (LGBTQI). The contributions gathered in it demonstrate the variety of ways that Brexit will make a difference to the lives of women and individuals marginalised because of gender or sexual identity. 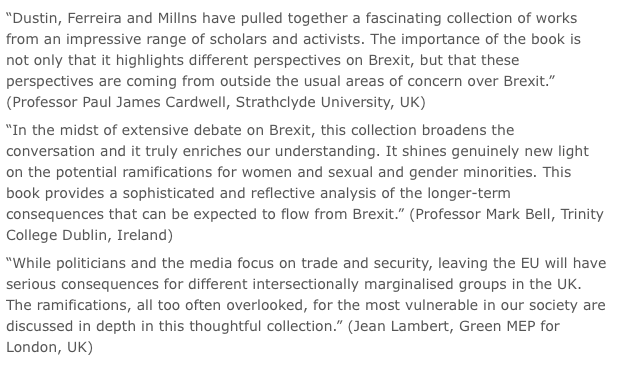