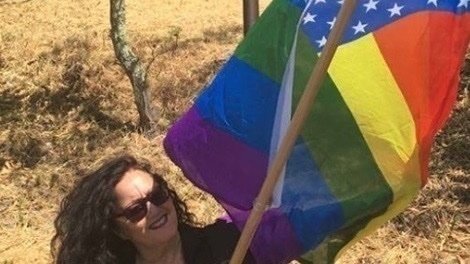 Howard Schultz is an American businessman and now a politician. He was CEO of Starbucks from 1986–2000 and again from 2008–2017, as well as its executive chairman from 2017 to 2018. He is a former owner of the Seattle SuperSonics, and was a member of the Board of Directors at Square, Inc. He is a Billionaire.

As far as I know he is a Democrat, or at least has supported the Democratic Party for many years.

However he has now announced he is running for the U.S. Presidency, 2020, as an independent. I believe this smacks worse for America than all of us having to relive Perot, Nader or Stein!

As I understand it, he is running as a moderate-centrist independent and is doing so because he believes that it is HIS calling to ensure the current inept and damaging Trump administration is denied another four years at our helm!

I am asking Mr. Schultz either to refrain from his candidacy completely, or to run as a Democrat for the following reasons:

1. Beating Trump will take a united group of all “Democratic minded” beings, to include moderates, centrist, progressives, left of leftists – all of us! Your candidacy clearly divides us. You will not beat Trump as an independent. That is clear! Hinging bets on which side you will pull votes from is risky business.

2. It is a proven fact that independent candidates, while entitled and of right to run as such, in fact pull votes from viable candidates, thereby detrimentally impacting an election. Check Mayor Bloomberg’s significant research and calculation when he faced his decision regarding his potential candidacy. You will ONLY negate our chances to beat Trump.

2. By choosing to run as an independent, based on the values you have espoused in recent interviews, you are choosing to circumvent the Democratic Party, in what overtly seems like a bone spur decision!  It seems to me you do not want to go through the primary process:

a) Knowing that Democrats are slowly moving left and you are a little to the right of that, you are denying our Party its well earned evolution. Instead of providing impetus to testing that evolution – you have chosen to refrain and slink away from it;

b)  Knowing you will skip process and speed through to the General Election – the finals – so to speak – kinda feels like cheating. You get to avoid the debates with fellow Democrats, yet you have the audacity to go on TV and challenge their issues, as you will no doubt continue to do: Example of note – right out the gate, Senator Kamala Harris, and this commentary by you: HERE

c) You have made billions of dollars giving us a great cuppa coffee and now you want to take our chance at “healthcare for all” away without debate within our Party, and with our coffee bucks? Chutzpah!  That makes me want to throw up all those good coffees that I have been drinking for the past several decades. Now for sure Peets –  yours definitely tastes better!

Okay, I am not clowning around. I am a struggling aging mom with 2 young daughters who gives 30 pro bono hours per week to African LGBTQ asylum seekers and refugees.  I am not ready for you to hijack the chance for these refugees and asylum seekers to be reintroduced to the dignity and futures that they deserve. So that, together with health care and all the other issues us immigrants and poor people struggle with, I am imploring upon you to either stand down or join the Democratic primary race. Join the debate on on the level and competitive playing field. After all you cannot change the system by pretending that your independent run means anything more than more of Trump!