San Francisco, CA (September 13, 2018)– StartOut, the largest national nonprofit to empower, lesbian, gay, bisexual, transgender and queer (LGBTQ) entrepreneurs and business leaders, announced the winners for its upcoming 7th Annual StartOut Awards, which will take place on Friday, September 21st at the St. Regis Hotel in San Francisco, in a ceremony presented by nationally acclaimed lesbian comedian, Suzanne Westenhoefer (Westenhoefer was the first openly lesbian comedian to have a HBO comedy special and has appeared on Bravo, LOGO and GSN). 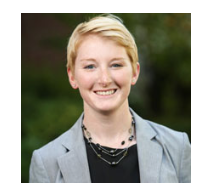 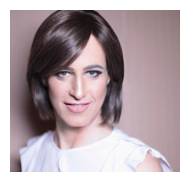 By recognizing and honoring business leaders for outstanding representation of the LGBTQ community, The StartOut Awards embody StartOut’s mission to bring visibility and prominence to the dynamic, innovative, and exceptionally diverse field of LGBTQ entrepreneurs.

This year’s winners are:

Melissa is an angel investor and the Managing Director of Project 500. Her extensive background in banking, entrepreneurship, venture capital and angel investing has enabled many startups to implement sustainable social impact practices without sacrificing profitability. Through Project 500, Melissa utilizes her experience and provides diverse businesses in D.C with the resources, infrastructure and guidance needed to advance the economic success of both their company and community. Melissa was the Managing Director of New Capitalist from 1999 to 2010 where she facilitated over $20 million in venture capital transactions from seed-stage companies. In 2010-2013, Melissa served as the CEO of Tides where she was responsible for fundraising, business planning, business development, and innovations. Since 2012, Melissa also works and balances her time as a faculty member at Georgetown.

Merritt Baer started his career in mergers and acquisitions at Lazard, before moving to Europe to lead the primary inventory division at viagogo, the world’s largest ticket marketplace. He became a Broadway producer in 2010 (The Merchant of Venice), and later produced Death of a Salesman (Tony Award Winner) and Romeo and Juliet. In 2012, he teamed up with his life-long friend, Brian Fenty, to co-found and launched TodayTix. The arts-meets-technology startup has upended the $50 billion yearly global theater industry initially by launching the first and only free mobile apps for iOS and Android and subsequently launching the industry’s first mobile lotteries on Broadway and in the West End – offering steep discounts to the most anticipated shows. In this timeframe, TodayTix has also expanded rapidly to 10 regions across the U.S. and U.K. and bolstered its partnerships to over 450 leading theater institutions around the globe surpassing over $100 Million in sales.

Natalie J. Egan (she/her/ hers) is an openly transgender B2B software entrepreneur. As CEO and founder of Translator, she is on a mission to scale empathy and equality through technology. Natalie has over 20 years of experience driving digital change, developing high performing teams, building complex products, and selling enterprise solutions. Prior to founding Translator in 2016 – and prior to her transition – Natalie was CEO and founder of PeopleLinx, a venture capital backed social selling technology solution that was recently acquired by a leading sales acceleration company. In addition to her entrepreneurial pursuits, Natalie has also worked in leadership positions at LinkedIn, Autonomy, and Ecolab. Based in New York City, she spends her free time with her three children or mentoring female entrepreneurs and LGBTQ youth. Natalie is a graduate of Cornell University and The Villanova School of Business and is currently writing her first book about her transition from male to female CEO and the business lessons learned along the way.

Emily is a social entrepreneur, combat veteran and LGBTQ advocate. As co-founder of Rumi, a for-profit social enterprise that imports premium saffron directly from Afghan farmers. Emily’s long-term vision is to create positive change in Afghanistan through economic empowerment and human rights via her strategic business acumen and development expertise. In creating and leading a Public Benefit Corporation, Emily has been acknowledged for her commitment to social and environment ethics, transparency and accountability. Additionally, Emily serves as a Captain in the U.S. Army, where she has led teams in complex missions with a Special Operations Command. As an advocate for LGBTQ rights, she fiercely championed the repeal of Don’t Ask. Don’t Tell and served as one of the first women with all-male Special Operations team. Emily currently serves on the board of Dog Tag Brewing Foundation, a 501(c)(3) nonprofit that works with Gold Star Families to build and support the legacies of the fallen.

“Economic empowerment is our community’s next frontier, and our best bet to achieve equality. With courage, passion, and professionalism, all of this year’s honorees serve as outstanding role models, and inspire and empower other LGBTQ entrepreneurs,” said Andres Wydler, StartOut’s executive director.

The 2018 StartOut Awards will be held in San Francisco on Friday, September 21, 2018 at The St. Regis Hotel. LGBTQ groundbreaking comedian Suzanne Westenhoeferwill serve as Master of Ceremonies.

To receive the latest updates on the StartOut Awards, follow @StartOut on Twitter and use the hashtag #StartOutAwards.

These annual awards recognize outstanding LGBTQ entrepreneurship as well as those heroes who help promote visibility and success of the entire community. Over 300 entrepreneurs, community leaders, members of the media, and local officials gather in San Francisco for this truly exciting celebration of the LGBTQ business community. The evening’s festivities include a cocktail reception, the awards ceremony, highlights from several entrepreneurs in the community, and dinner. The event is underwritten by corporate partners, so that all ticket sales benefit StartOut’s ongoing programs, professional tools and events that educate, connect and empower LGBTQ entrepreneurs everywhere.

For a full list of corporate partners and information on how to become a corporate partner and be a part of the Awards, please contact info@startout.org. To purchase tickets, please visit The 7th StartOut Annual Awards on Eventbrite. 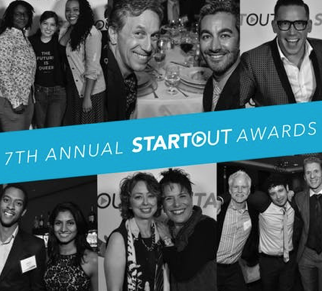