Can the Trump administration immediately stop separating families at the border, without an act of Congress?

Yes.  Last month, the Trump administration unilaterally implemented a new policy that results in family separations.  On May 7, Attorney General Sessions delivered remarks confirming a “zero tolerance” policy in which DHS prosecutes 100% of all parents caught crossing the border with children in between ports of entry. These prosecution result in children being separated from their parents, and the purpose is to deter asylum-seekers and migrants.

Prior to this new policy, families were not systematically separated at the border. In a small number of cases, children were taken from the adults with whom they arrived, when there were questions of potential human trafficking, danger to the child, or false claims to parentage. Secretary Nielsen and her Department’s spokesperson confirmed that this was the policy in place previously.

Because this is a policy change made by the Trump administration, the administration is equally authorized to end the policy, as fact-checkers report from the Washington Post to the New York Times have made clear. As Senator Lindsey Graham recently stated, “President Trump could stop this policy with a phone call….If you [Trump] don’t like families’ being separated, you can tell D.H.S. stop doing it.”

No.  Last week, reports emerged from Republicans that their draft immigration bill would end Trump’s family separation policy.  As Dara Lind of Vox News reported last week, the leaked text of the 255 page bill contains no provision to end family separation and that claims otherwise are a “lie.”  Under the proposal, Attorney General Sessions would remain free to continue his zero tolerance policy which results in family separation.

Is it true that parents are given little to no information on children taken from them?

Multiple reports over the last month describe parents in despair after their children are abruptly taken by DHS, sometimes using deception, and with little to no information on the whereabouts of children, how to communicate with them, and with no plan for family reunification.  As the Executive Director of Tahirih Justice Center, direct service provider, recently described:

Sometimes they will tell the parent, “We’re taking your child away.” And when the parent asks, “When will we get them back?” they say, “We can’t tell you that.” Sometimes the officers will say, “because you’re going to be prosecuted” or “because you’re not welcome in this country” or “because we’re separating them,” without giving them a clear justification. In other cases, we see no communication that the parent knows that their child is to be taken away. Instead, the officers say, “I’m going to take your child to get bathed.” That’s one we see again and again. “Your child needs to come with me for a bath.” The child goes off, and in a half an hour, twenty minutes, the parent inquires, “Where is my five-year-old?” “Where’s my seven-year-old?” “This is a long bath.” And they say, “You won’t be seeing your child again.”

We spoke to nine parents on this Monday, which was the 11th, and these were adults in detention centers outside of Houston. They had been separated from their child between May 23 and May 25, and as of June 11, not one of them had been able to talk to their child or knew a phone number that functioned from the detention center director. None of them had direct information from immigration on where their child was located. The one number they were given by some government official from the Department of Homeland Security was a 1-800 number. But from the phones inside the detention center, they can’t make those calls. We know there are more parents who are being deported without their child, without any process or information on how to get their child back.

What happens to the kids if their parents are deported?

Although the Trump family separation policy is relatively new and therefore many of the deportation cases are still in process, reports from the New York Times, the Texas Monthly, and others indicate that some parents have been deported while their children remain in the United States.

When children are separated from their parents by border agents, they are each placed on separate tracks, as described by Department of Homeland Security fact sheets.  Within a few days of arriving, the parent is transferred to U.S. Department of Justice custody for criminal prosecution – many for first time illegal entry.  Because these parents are usually sentenced to time-served within weeks, they are quickly returned to DHScustody – adult immigration detention – for expedited removal, unless there is a claim for asylum.  If there is an asylum claim, the parent may remain in long-term adult detention, separated from children.

Meanwhile, their child is in a separate system that is difficult to coordinate with the parents’ process, so parents may end up being deported without their children.  Children are placed in the care and custody of the Office of Refugee Resettlement (ORR) at the Department of Health and Human Services (HHS) and may either be released to a sponsor or kept in ORR-contracted shelters or foster care.

Is it true that families who seek asylum at an official border checkpoint are having their claims heard and are NOT being separated?

Families who try to seek asylum at ports of entry can’t even be assured that they won’t be separated anyway. The lead plaintiff in the American Civil Liberties Union’s lawsuit against the separate detention of parents and children is a Congolese woman who entered the US legally with an asylum claim and was separated from her child for months.

Furthermore, reports indicate that some asylum seekers are being turned away at official border checkpoints.  As Vox reported:

The Trump administration is telling asylum seekers at multiple ports of entry in California and Texas that they don’t have room to process them today — keeping people waiting outside for days on end, without any indication as to when they will be allowed to seek asylum legally. And some asylum seekers, according to reports, are being physically blocked from setting foot on US soil, which would give them the legal right to pursue an asylum claim.

Can individuals who enter the U.S. outside of an official border checkpoint apply for asylum?

Yes.  In enacting the immigration law, Congress clearly contemplated that refugees would apply for asylum after entering the U.S. other than at designated checkpoints.  The Immigration and Nationality Act, at section 235(b)(1), outlines the asylum application process for individuals who have arrive in the U.S. outside of an official border checkpoint, i.e. without having been lawfully admitted or paroled. 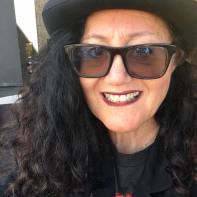 3 thoughts on “The Truth About Trump’s Family Separation Policy”