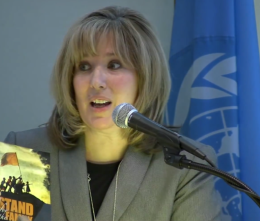 The ignorant propagandist and self serving dicta screams from the header to a recent Press Release sent out by the president of Family Watch International, Sharon Slater, titled: “Africans Rally to Oppose Sexual Agenda of UN Agencies, Kenya Encouraged to Withdraw from UN’s Comprehensive Sex Ed Effort”

Note how the header attempts to hide that it is American backed initiative and not Africa itself that is spearheading and promoting these so called protests. Lest we fail to note the rhetoric used- to term sex education as a “sexual agenda” –  an irresponsible outright distortion.

Robbing African youth of informed sex education is tantamount to murder in my opinion! To try and preach abstinence is ill fated. To say that education will cause further HIV/AIDS in Africa, is a lie! And to weave in her anti-gay hate is low blow and typical of her ilk!

Here is the Press Release sent to me by Sharon Slater of Family Watch International, where she quotes herself !  Her misuse cannot be better reflected than in her own words:

(Nairobi, Kenya) Christian leaders in Africa are taking action to stop the sexualization of children through sex ed programs being promoted by United Nations agencies such as UNESCO, UNICEF and even the World Health Organization.

Assisting these African leaders in the effort is Family Watch International, an American-based organization that monitors UN agencies and which will this week release an in-depth study on the dangers and designs of comprehensive sex education.

“We commissioned the major review of the comprehensive sex ed programs that UNESCO and other UN agencies claim are effective. We wanted the facts,” said Sharon Slater, president of Family Watch International. “The study is clear that these comprehensive sex education programs are not only ineffective but in some cases create harm.”

The report and summary on worldwide research will soon be released on the Family Watch website, www.StopCSE.org.

Slater said the new findings on worldwide research echo an analysis released last year that focused on 60 of the best peer-reviewed studies conducted in the United States. The 2017 report also found no evidence that comprehensive sex education in U.S. schools reduces sexually transmitted diseases or teen pregnancy, nor does it increase consistent condom use. In fact it even produced negative effects.

Slater has been on a tour of Africa speaking at government, academic, church and civic events.

In Nairobi she spoke to a large audience sponsored by the Kenyan Christian Professionals Forum, a nondenominational organization composed of doctors, lawyers, pastors, and others who work to influence the development of a legal and social environment that is supportive of Christian principles.

The Family Watch president warned that Kenya’s government has signed an Eastern African agreement to dramatically increase the number of schools teaching comprehensive sex education programs—programs that evidence shows do not work as promised and that promote risky sexual behaviors that are often at odds with Christian values.

“We need Kenya to withdraw from this commitment,” Slater said, warning that other nations should do the same. “It’s the African voting bloc that’s stopping comprehensive sex education at the United Nations, so we need Kenya and other African countries to stay strong at the national level too.”

Slater encouraged supporters to sign the Family Watch petition at XXXXX to keep updated on these issues.

She said Kenya was the proving ground for an excellent program that has shown real success. “It’s called the Stay Alive program, and it has reached two million children and parents in over 15 African countries. Where the Stay Alive program was implemented in Kenya, there was a 61 percent reduction in the pregnancy rate. It’s abstinence based. You can find it at www.stayalive.org,” she said.

The Family Watch leader noted this cause is a personal one.

“My husband and I adopted three children from the African nation of Mozambique whose parents and older brother died from HIV/AIDS. I care deeply about the people of Africa,” Slater said. “It is unconscionable to me that the UN has taken a distorted ‘human rights’ approach to deal with this life and death problem.”

The Family Watch president said that according to the UN’s “International Guidelines on HIV/AIDS and Human Rights” governments are obligated to legalize abortion and same-sex marriage.

In addition, the guidelines call for the legalization of prostitution and homosexual behavior. “These are some of the very things that transmit HIV at the highest rates, yet the UN says these must be decriminalized and destigmatized—and of course, that children need sexuality education on all these things,” said Slater.

“Advocates for comprehensive sexuality education say it’s the answer to every world problem. It will prevent teen pregnancies, STDs, HIV, stop domestic abuse, it will lift people out of poverty, stop violence against women—you name it, comprehensive sexuality education is promoted as the cure. Yet the findings of study after study after study don’t support these conclusions.”

In the United States, where comprehensive sex education has received massive funding over the years, the Centers for Disease Control and Prevention report that sexually transmitted diseases are at an all-time high. More than two million cases of chlamydia, gonorrhea and syphilis were reported in the United States in 2016, the highest number ever.

What is confusing is that Family Watch International asserts its UN ‘consultative status’, and yet here they are rejecting UN programs and working against the United Nations, through encouraging the rejection of the sex education programming designed to save lives. They are imposing their fundamentalist Christian dicta on a continent where they have no real understanding or business interfering. See their asserted UN status HERE.

It is my opinion that when American religious zealots and fundamentalists lose the battle in the United Sates to science and proven well tested methods, as well as people standing up for their basic rights, they scurry off with their preaching to Africa, where the harm is untold!

Slater’s criticism that the UN supports decriminalization of “homosexual behavior,” as if an absurd notion, belies the persecution of LGBT people in criminalizing countries, misconstrues sexuality as a behavior, and defecates on the basic human rights of LGBTI people as being recognized by the UN, especially through its appointment of a special LGBTI envoy.  Indeed there is a lot wrong with her statement above.  Slater and her cohorts should not go unchecked. They have the power to kill by imposing their agenda! Let abstinence be a choice – not a false notion that it can be acquired intrinsically through ignorance. This draconian crap is to deny that all sexuality is real!

It is time to start a petition to strip Family Watch International from any status at the UN, where they are working to promote their own religious based agenda, rather than promote the actual health and wellbeing of African youth.   Their work is causing harm. I am asking Americans to speak out! Stop hurting Africa and Africans!

Here is Slater and her anti-LGBT export of hate: VIDEO HERE 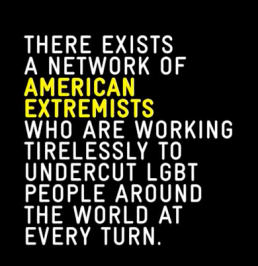 They seem to be operating as “GLOBAL HELPING TO ADVANCE WOMEN AND CHILDREN. ” 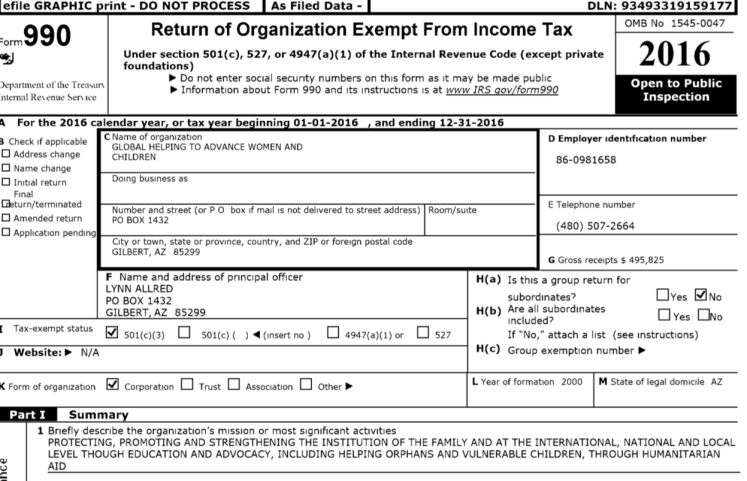 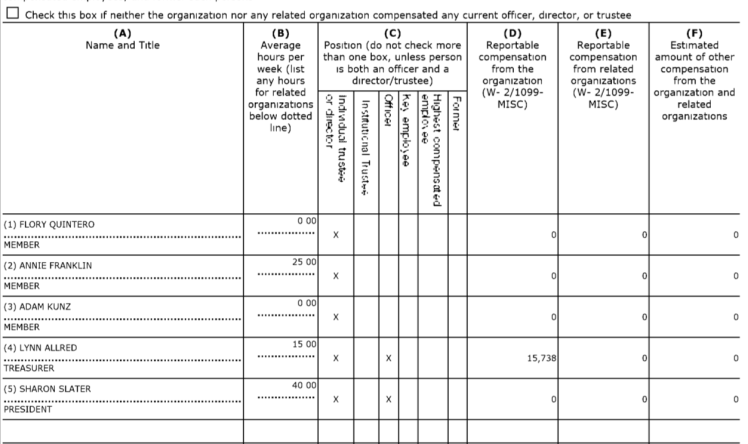