“This disgustingly ill-placed comment has no place in our American Congress and John Kennedy should be censured for it!” Melanie Nathan, as ED of African Human Rights Coalition.

Mark Zuckerberg, the founder and chief executive of Facebook, faced a tough crowd on the House side of Capitol Hill in his two days of congressional testimony. He was not immune from Republican Trump era insensitivity to race and culture, which clearly plagues the House of the American people. 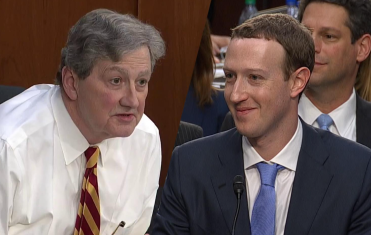 John Kennedy the American attorney politician, serving as the junior United States Senator from Louisiana, reveals, through his attack- questioning of Zuckerberg about Facebook, a racism that casts a dark shadow on our Congress. This man is an embarrassment and unfit to serve his constituents in the House belonging to all American people.

Sen. John Kennedy, R-La., blasted the Facebook CEO and his company’s user agreement, suggesting he “go back home and re-write it … in English and non-Swahili so the average American can understand it.” This disgustingly ill-placed comment has no place in our American Congress and Kennedy should be censured for it!

While seemingly a mere throwaway quip by the Senator, in portraying Swahili, a language spoken by nearly one hundred million Africans, in the role of unintelligible, he shows, not only his under-appreciation of the scale of Facebook’s impact on the world, but a Trumpish scorn of Africans, akin to the infamous Trump ‘shithhole’ comment, which serves to reflect racism of the worst order.

Apparently, some of those ‘Swahili speakers’ in Kenya were also impacted by Cambridge Analytica’s misbehavior during last year’s election. And yet the self-righteous Senator seems to cast those users, to the wind!

Perhaps John Kennedy needs a nudge – that his wit may not always sit so well….
As noted in Quartz: 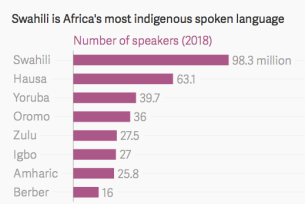 “Swahili is influenced by the confluence of what the late African studies professor Ali Mazrui called the “triple heritage,” namely the indigenous Bantu languages and identity, Islamic religion, and Western traditions. Swahili has grown to be Africa’s most “internationally recognized language” and is seen as the language of trade across the region.”

And while we are on the topic, further, we may as well note:

Back to point-  as an American and one who works with many people who speak Swahili, a language spoken by people to be respected, this comment really upset me and the fact that Kennedy is getting away with it – upsets me even more. Please share this article!

In my capacity as Executive Director of The African Human Rights Coalition, I would like to extend a special thanks to Facebook, for the crucial platform it has provided in my communications with LGBTI people seeking safe shelter, exile and with asylum seekers and refugees. I would be remiss if I did not note that the platform also helps our fundraising efforts through our ability to showcase important articles and developments. I am not sure how we would do without Facebook! 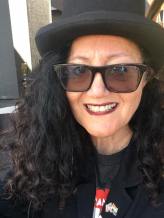