We should celebrate our diversity – not use it as a tool of division. 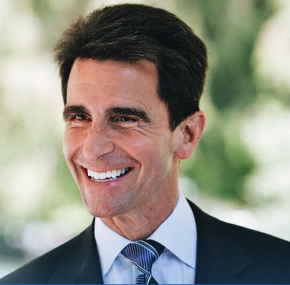 Heather Knight’s recent article — “Mark Leno: his final quest is a run for the city’s top job” — was informative and seemingly-balanced until a particular unchallenged, ad hominem remark sent me back for a second read.

The article quotes Nicole Derse, a political consultant running the Super PAC in support of London Breed, as saying: “Leno’s campaign is faltering because he’s portraying himself as the ‘change candidate’ when he’s a 66-year-old ‘white man who’s been in elected office for decades.’ She said that paradox is ‘hard for voters to accept.’”

This quote reduced a complex milieu to over-simplified race, gender and age politicking. In the age of Trump, do we really want to insinuate that candidates’ race, gender, sexuality, or age supersedes their policy priorities? It is a paradoxical outrage for anyone — let alone a campaign consultant associated with London Breed’s Super PAC — to suggest that a qualified candidate cannot exemplify the change we hope to see as a result of his background. Ms. Derse’s divisive rhetoric undermines Ms. Breed’s campaign promise to stand up for all San Franciscans.

Ms. Derse’s statement is age- and race-bait of the worst order. Here is the bottom line: It is categorically untrue to say Senator Leno is not a qualified candidate because of his ethnicity or decades of experience. I bore keen witness to Leno’s time as a State Senator and reported often on his legislative work. He was an inimitable legislator and successfully pushed forward innovative, progressive policies, including amending the Ellis Act to protect at-risk tenants, enacting historic protections for the LGBT community, and so much more. These are the strengths I look for in a candidate. These are the strengths I see in Mark Leno’s mayoral campaign.

My support for Leno is not a result of his Jewishness and gayness — and my lack of endorsement for Jane Kim and London Breed is neither because of their gender, nor because one is the same race as my daughter. Mark Leno is a proven leader with a record of success advocating for affordable housing, access to healthcare, and civil rights. To presume that his qualifications are altered as a result of his decades of experience, his age, and or his background (Jewish, gay, white, widowed) is small-minded and discriminatory. It clutches at straws. It is sensationalized, divisive, self-serving journalism.

Leno represents a once-in-a-generation opportunity for San Franciscans to elect an historic candidate to represent the LGBTQ community as Mayor. Ms. Derse’s ageist, homophobic commentary is an unproductive attempt to deflect from what Senator Leno has already accomplished and will fight for as San Francisco Mayor. He is not the foil to progress that Ms. Derse so desperately tries to portray — rather, Leno represents the change this City so drastically needs.

I implore all candidates for San Francisco Mayor to focus on proactive solutions, such as those outlined by Senator Leno, rather than divisive politics. As long as other candidates continue to play into the race, gender, age and sexuality baiting, they will fail every voter in this city and fall short of the opportunity to rise above the horrific divisions our country is now drowning in. Campaigns in this city should celebrate San Francisco’s great diversity — not wield it as a tool of division.