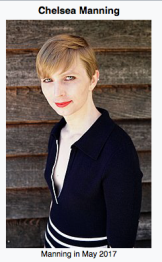 “Chelsea Manning is superbly qualified to run for the United States Senate, not only because she is an American who meets all the legal requirements, but also because she has the courage to challenge and shake up a supremely flawed elitist system” Melanie Nathan.

Yup call me haughty – that is me quoting me!

My social media lit up today with some of the most anti–democratic disappointing commentary imaginable from within my fellow Lesbian, gay, bisexual, transgender, Queer, Intersex (LGBTQI) Community when Chelsea Manning announced her candidacy to run for the Maryland Senate seat against incumbent Democrat senior senator from Maryland, Ben Cardin, who has served since 2007.

Chelsea Elizabeth Manning is a former United States Army soldier who was convicted by court-martial in July 2013, for violating the Espionage Act and other offenses, and after serving 7 of her 35 year sentence was released due to a commutation by former President barack Obama.

No stranger to challenging the system, Manning may be the perfect candidate to shake up the status quo in D.C., prompting this comment from me on my Facebook Timeline:

@xychelsea Congratulations and best of luck for your run – At long last – again proving she has the courage to challenge THAT which so many of you – my friends included – seek to preserve – time to burst your comfort bubble if you want real change – and while you say she is not qualified or stands no chance, her run makes complete sense to me – win or lose- it is a critical challenge to the system – we will only WIN change if we infiltrate and work from within …. the current status quo is complicit in all that is wrong… THAT is my opinion !

And as I waded through the Facebook and Twitter barrage of insults, the rush to judgment, earlier in the day, I  suspected Ms. Manning’s candidacy had offended so many because it would denote a challenge to status quo, elitism, and business as usual,  in a system so disgustingly flawed that we have been hurled back into a draconian era of racist, homophobic, xenophobic and transphobic dominance. All who fail to support a shakeup are, in my opinion, complicit in most of what is wrong.

Worse yet our own  LGBTQI –  complicit through their privilege and fear, where they will denigrate anyone who dare challenge the system they pretend to abhor.

Dominating the vitriol and undemocratic behavior today was not the right wingers as you may expect, but rather the angry privileged, perhaps wealthy, white gay men, who are still stuck in their support for Hillary Clinton, failing to move on, as they continue to grieve their loss, as if there could be no other leadership as viable on planet earth.

They are furious at the audacity of Chelsea Manning:  – “how dare she run” …, “she is not qualified,…” “She needs to run for city council first,….” ” she has no political experience …”  on and on…

Here is one example of such thread – where I had a hard time refraining from my disdain: And this was before I heard Ms. Manning’s advertisement on You Tube, which for me endorses precisely why she MUST run and why she IS qualified: 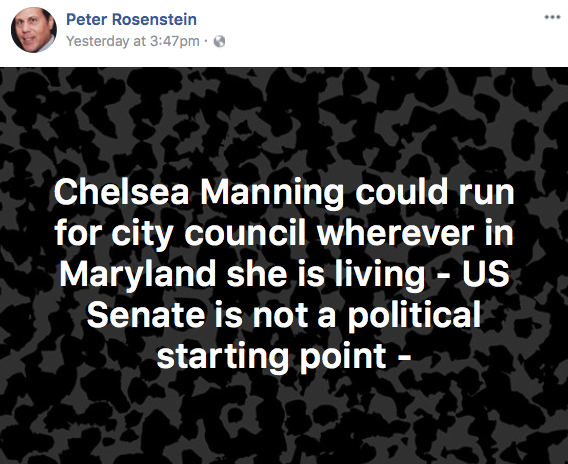 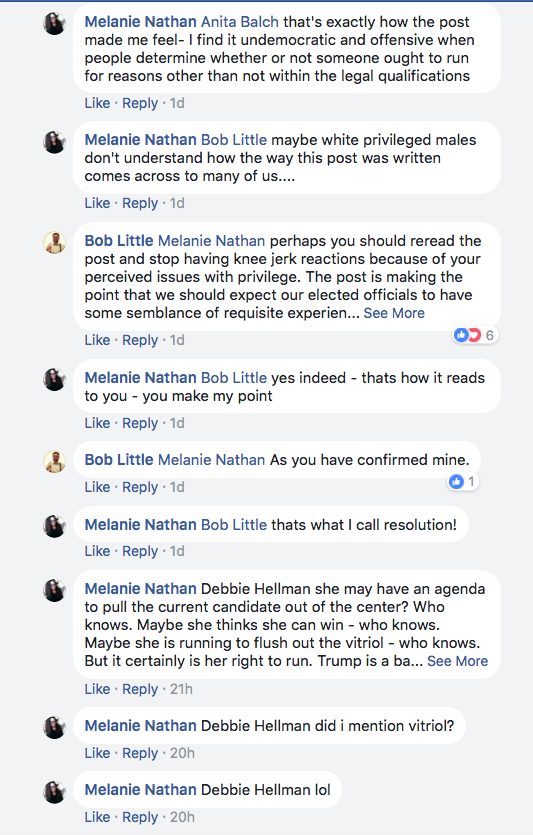 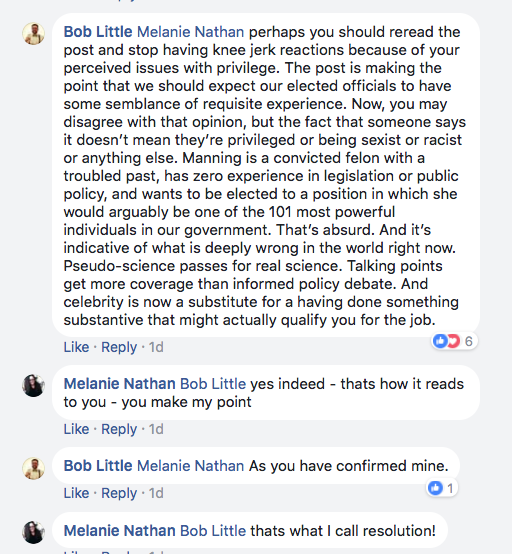 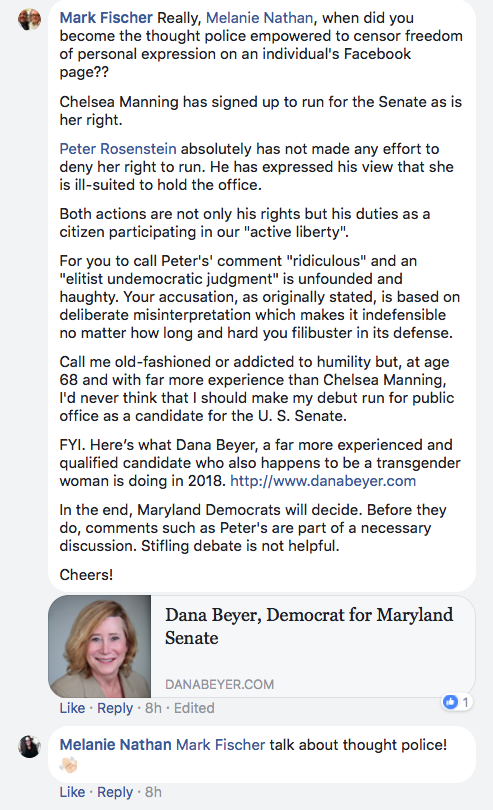 So far I am with Ms. Manning and anyone out there who will show the courage to challenge from within instead of this continued lip service drenched in cowardice!