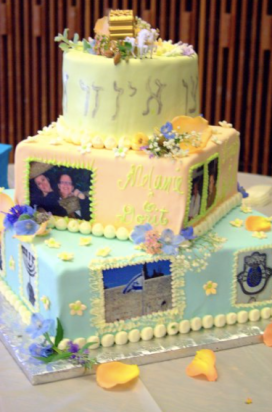 New York, NY – Transgender Legal Defense & Education Fund (TLDEF) has filed an amicus or “friend of the court” brief  to the United States Supreme Court in Masterpiece Cakeshop, Ltd. v. Colorado Civil Rights Commission, spotlighting the immense need for public accommodations laws that protect more than two million people in our nation who identify as transgender. The case involves the owner of a Denver bakery, Jack Phillips, who is seeking an exemption from Colorado’s anti-discrimination law.

The law prohibits discrimination in places of public accommodation on the basis of sexual orientation, gender identity, and gender expression, among other protected classes such as race, creed, and sex. The bakery owner was cited and fined for violating this statute because he refused to sell a wedding cake to a same-sex couple, Charlie Craig and David Mullins, based on his objections to same-sex marriage. Craig and Mullins are represented by the American Civil Liberties Union.

“Through this brief we are demonstrating to the Supreme Court the importance of anti-discrimination laws to the treatment of transgender people in everyday life,” said TLDEF Executive Director Jillian Weiss. “The judicial creation of exemptions to such anti-discrimination laws would have extremely detrimental consequences for the transgender community, not only in public accommodations but also potentially in healthcare, employment, education, and housing. Places of public accommodation must truly be open to all.”

TLDEF’s brief spotlights the pervasive discrimination confronting transgender people in places of public accommodation. Using the accounts of transgender individuals who have been harassed or denied service in retail stores, restaurants, and other places that hold themselves open to the public, the brief illustrates the serious harm that occurs when discrimination is allowed to pervade everyday life.

UPDATED:
On October 30, 2017, Williams Institute scholars and social science and legal experts on LGB law and policy filed a friend-of-the-court brief to the U.S. Supreme Court in Masterpiece Cakeshop v. Colorado Civil Rights Commission. In this case, the Court will decide whether the Constitution allows a baker to refuse to bake a wedding cake for a same-sex couple, in violation of Colorado law, on the basis of his religious beliefs.

Using public health and social science research, the brief explains that anti-LGB prejudice and stigma is harmful to LGB people’s dignity, health and well-being. (The Masterpiece Cakeshop case deals only with issues of sexual orientation—or LGB—and not transgender status.)

The Court is scheduled to hear arguments in the case on December 5, 2017.