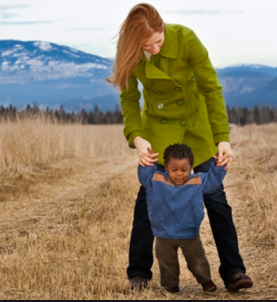 We are told that Donald Trump is scheduled to sign an Executive Order today:  “Establishing a Government-Wide Initiative to Respect Religious Freedom”. The name is a hideous mask – a guise – a ruse.  While it seems to invoke religious freedom, in truth it is an excuse to trample on the constitutional rights of millions of Americans.

My partner Karen foster- adopted 3 children when she was a single mom. She was not deterred by special needs, nor by the obvious scars that abuse, neglect and difficult pregnancies could yield.   Karen is the very mom who Trump and Pence seek to deny to thousands of children.

Yesterday Karen and I told Vee, her ten year old, about Trump’s looming EO.  Vee looked puzzled. She expressed how odd it seemed to her that the President of our country would seek to hurt children in her situation.  She decided to write him a letter:

My mom is a lesbian who adopted me and my sister and brother when we were very little. I am now 10. My sister Ty is 8 and my brother Shane is 6. Your rules can be really dumb. If you ban LGBT people from being able to adopt children, I would be stuck in an orphanage. That’s right, you heard me, Donald Trump, I would still be in foster care.

One of the reasons I needed a new family is because my birthfather burned me with a cigarette among other horrible punishments.

How could you think that just because somebody is gay or lesbian, that makes them worse than my birthfather who abused me?

Now my life is perfectly fine. I have a little sister and brother with special needs. Even though my brother can be annoying, I still love him.

I love my mom and she loves me.

I don’t understand how you do not care about us because we are American kids and you just want to hurt other kids like me.  I hope all foster kids can be lucky like me.

Please don’t do things that hurt our families.

Such an executive order is not about religious freedom, but rather about political exemptions.  Exempting people from the Constitution is unAmerican!!. This would be the most damaging executive order ever signed by an American President.   However we will #RESIST and we will  fight for our rights and the Courts will continue to overturn Trump’s inane overreaches.