The European Court of Human Rights today found that the sterilization requirement in legal gender recognition violates human rights. Setting the legal precedent for Europe, this decision will force the remaining 22 countries using the infertility requirement to change their laws.

This historic decision is delivered in three joined cases against France about the lack of self-determination of transgender individuals in the country. A. P., E. Garçon and S. Nicot relied on Article 8 of the European Convention on Human Rights, i.e. the right to respect for private life 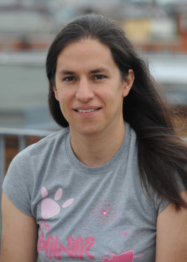 “Today is a victory for trans people and human rights in Europe. This decision ends the dark chapter of state-induced sterilisation in Europe. The 22 states in which a sterilization is still mandatory will have to swiftly end this practice. We are looking forward to supporting those and other countries in reforming their national legislation.” comments Julia Ehrt, Transgender Europe Executive Director.

“It is regrettable that cruel and unnecessary medical examinations are seen to be in accordance with the European Convention on Human Rights. We will continue to raise awareness about the human rights abuses in the medical field that trans people are still systematically subjected to.”, says Richard Köhler, Senior Policy Officer of Transgender Europe.

The Court found that requesting proof for “having undergone a sterilizing operation or medical treatment resulting in a very high probability of infertility, amounts to a breach by the respondent State of its positive obligation to guarantee the right […] to respect for […] private life.” Thus, states cannot demand from a person seeking legal gender recognition to undergo any medical treatment that would most likely result in sterility.

In July 2015, TGEU, ILGA-Europe, and Amnesty International submitted a Third Party Intervention to the European Court of Human Rights on these three cases: Here.

Legal gender recognition is the official procedure to change a trans person’s name and gender identifier in official registries and documents such as their birth certificate, ID card, passport or driving license. In some countries, it’s impossible to have you gender recognised by law. In other countries, the procedure is often long, difficult and humiliating.