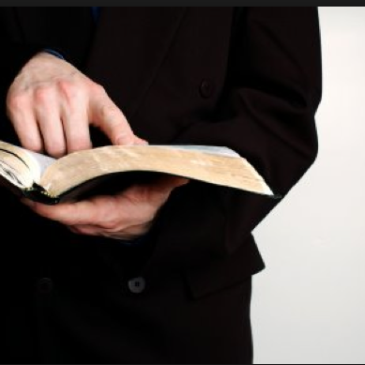 Tallahassee – Avoiding the disastrous route of their Georgia colleagues, the Florida House of Representatives today is expected to pass an amended version of the so-called Pastor Protection bill (HB 43) to limit its scope and send the message that controversial amendments allowing discrimination would not be entertained.

The bill had been widely criticized as a vaguely worded and unnecessary duplication of existing laws that served as a Trojan Horse for more nefarious measures to be added. That was the route Georgia lawmakers took by amending their pastor protection bill last month to allow any individual or faith-based business, for-profit entity, or taxpayer-funded organization to ignore nondiscrimination protections or any law that conflicts with their religious beliefs about marriage. The state is roiling from the public outrage and the economic backlash that has been strong enough to draw the threat of a veto from the Georgia governor.

Long negotiations between Florida bill sponsors and Equality Florida’s Governmental Affairs Manager Carlos Guillermo Smith produced agreements that the sponsors would oppose amendments that broadened the bill and they agreed to seek language that would actually limit the scope of the measure.

“The most important agreement in these negotiations has been the firm commitment of the bill sponsors and legislative leadership that this bill will not be expanded to legalize discrimination in the ways we’ve seen unfold in other states. More than that, they agreed to amend the current bill to alleviate some of our previous concerns that vague or overly broad language might be used to hurt LGBT families,” said Smith. “While we still believe this bill is an unnecessary duplication of existing law, we are pleased Florida will not go down the path of Georgia, where an expanded ‘pastor protection’ bill would allow LGBT people and others to be refused goods and services.”

These critical changes make clear which types of religious entities are included in the bill and removes the vague and overly broad language “an organization supervised or controlled by or in connection with a church or religious organization” which prompted objections from legislators and civil rights leaders over potential conflicts with the Florida Civil Rights Act.

While the amendments did not go far enough for Equality Florida to support the overall measure, the organization did agree to withdraw its opposition to HB 43/SB 110 and take a neutral position, provided no additional changes are made to the bill
​
Legal groups including the Anti-Defamation League and the National Center for Lesbian Rights (NCLR) helped to ensure the compromise amendment filed by Representatives Julio Gonzalez (R-Venice), Mike Miller (R- Orlando), and Senator Aaron Bean (R- Jacksonville) addressed some of the key concerns.

“We applaud Equality Florida and other advocates for narrowing and clarifying the scope of the bill to ensure that it does not change current law or harm LGBT families,” said Shannon Minter,  Legal Director for the National Center for Lesbian Rights.

“As an ardent advocate for religious liberty, the Anti-Defamation League believes that the Constitution’s religious freedom protections are a shield for free exercise of religion and not a sword to discriminate against others. ADL opposed the original bill, which is based on a problematic Texas law, because it could have been used by organizations tangentially related to religious institutions to discriminate in the provision of marriage-related services to the public. We dropped our opposition to the bill because unlike states such as Georgia it has not been used to move forward license to discriminate legislation and the compromise language addresses the majority of our concerns.”

Amendments to SB 110 are expected to be approved by the full Senate Wednesday before a final vote on Thursday.