When the National LGBTQ Task Force found itself in the midst of an Anti-Semitic tempest, at their Creating Change Conference this week,  San Francisco activist and blogger Michael Petrelis was curious about the organizations financial health and so he explored.  It seems its heading for change, perhaps downhill!  Carrying Executive Director Rea Carey’s salary of $252,000 into 2015,  Task Force had revenue of $5.2 million, a whopping $2.1 million deficit and assets plummeted to a low of $2.1 million, in 2014. They are on extension for their 2015 filings.

Word has it that Task Force has lost some grants along the way and that Creating Change is the only viable project of the organization at this time.  Now the question is – will Creating Change survive the horrific taint from this weekend.  With its reputation is in tatters, statements to appease critics, many of whom are renowned leaders in the LGBTQ community, have yet to hit the mark. People are angry, hurt and some traumatized.  There has been no reconciliation between LGBTQ Task Force and the Jewish LGBTQ community.

Sponsors, of the Creating Change event, such as Gilead, knew about the initial cancellation of the A Wider Bridge Jewish event and the ferocious outcry that ensued. I have no doubt they have been keeping an eye on all that has transpired, including the devastating shut down of the Jewish event and the call by participants for the destruction of Israel, in effect a genocidal chant to kill all Jews.

To avert a total disaster Task Force will probably have to issue a detailed report, with full disclosure and transparency, through a Truth and Reconciliation type process, so that we can all determine the nature of its responsibility and it can decide whether a real apology us due. Only thereafter will cit be in a place to offer dramatic changes to its policies and procedures that may serve to appease community and sponsors alike.  Without this Task Force may not see any of its sponsors back next year. 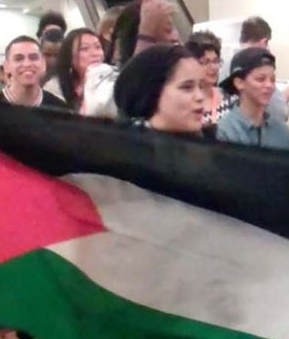 THIS IS WHAT HAPPENED:

A Coalition to take Task Force to task is building: Contact commissionermnathan@gmail.com