New York, NY – The Transgender Legal Defense & Education Fund (TLDEF) has secured insurance coverage for a transgender man’s medically necessary care after his union-sponsored health insurance plan refused to cover it.  Adrian Sealy works in a Rochester, NY hospital as a cleaning and sanitation specialist. He is a member of 1199 SEIU United Healthcare Workers East, the nation’s largest union for health care workers. The union is self-insured for its workers’ health care. 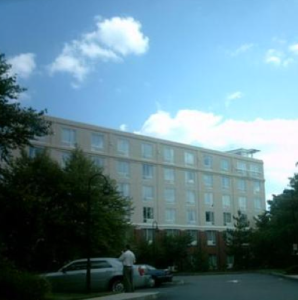 Two years ago, Adrian began transitioning to live openly as male, changing his name and correcting legal documents. He began medical treatment, which included hormone therapy and a prescription for a hysterectomy. Earlier this year, Adrian’s doctor filed a pre-authorization request for his hysterectomy. Almost immediately, Adrian was informed that his health care would not be covered because “in the opinion of the 1199 SEIU National Benefit Fund… gender re-assignment surgery is not a covered benefit.”

But nowhere in the union’s health plan did it actually state that transition-related care would not be covered on the same terms as any other medically necessary care. On November 2, TLDEF challenged the union’s decision, demanding that 1199 SEIU overturn Adrian’s claim denial and ensure that “medically necessary treatments for gender dysphoria, including surgical interventions, will be covered for 1199 SEIU members in the future.”

Soon after, the union reversed course and informed TLDEF that Adrian’s care would be covered and that it is the union’s intention to cover health care related to gender transition. It is “not the policy of any our health funds to exclude coverage for gender reassignment,” a union representative stated.

“We are thrilled by this tremendous victory for Adrian and the 400,000 workers affiliated with 1199 SEIU and thank the union for its prompt and positive response,” said TLDEF Staff Attorney Ethan Rice. “Adrian’s story exemplifies the struggles that transgender people continue to face when trying to access basic medically necessary health care for gender transition, even in a health care union’s plan that purports to have removed exclusions for transgender health care,” he said. “Old habits around excluding transgender health care are slow to change.” As TLDEF recently told The New York Times editorial board, “entrenched attitudes and misconceptions continue to prevail. Many people still don’t think of this as medically necessary care, so they reflexively deny claims because that’s what they’ve always done.”

“I am happy and relieved that my union will cover this care,” said Mr. Sealy. “This medical procedure will greatly improve my health and well-being. No one should be denied health care coverage just because of who they are.”

In spite of this victory, Adrian’s story reminds us that there is much more work to do. Faced with discrimination at every turn, transgender people often simply give up on the mainstream healthcare system. Adrian found himself at that point. Needing care and already having been told by 1199 SEIU that his hysterectomy would not be covered, he made independent plans to undergo reconstructive chest surgery. With a limited income, he sought and received assistance through a charity care program to pay for part of the cost of the procedure. He paid the rest himself. “It is unconscionable that transgender people find themselves forced to rely on charity care and their life savings instead of the health insurance that should be covering them,” Rice said.

Transgender health care has seen rapid advancements in recent years with 12 states and Washington D.C. now prohibiting exclusions for transition-related care and the U.S. Department of Health & Human Services proposing comprehensive guidelines barring transgender health care discrimination, including in health insurance, under the Affordable Care Act. As employers and health care systems continue to align policies and procedures to comply with the law, TLDEF will continue to fight for health care coverage for its clients.