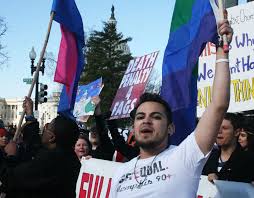 SACRAMENTO – Legislation authored by Senator Mark Leno that provides new protections for transgender foster youth in California was signed into law today by Governor Jerry Brown. Senate Bill 731 ensures that all foster youth, including those who identify as transgender, are placed in appropriate homes where they feel safe and accepted. It requires caregivers tasked with placing foster youth in homes to take a young person’s gender identity into consideration when making this critical decision.

“Young people have a better opportunity to thrive in situations where they are fully accepted and supported for who they are,” said Senator Leno, D-San Francisco. “Entering the foster care system is challenging for all youth, but it can actually be damaging for young people whose identities are not affirmed by their caregivers and peers.”

When a child enters California’s foster care system, welfare workers and caregivers consider a host of factors when choosing an appropriate placement. The Foster Care Bill of Rights gives all foster youth the right to fair and equal access to services and the right to be free from discrimination based on race, religion, disability, sexual orientation and gender identity.

State law, however, does not provide specific guidance on placing youth who are transgender. SB 731 provides that needed direction.

The bill is co-sponsored by the National Center for Lesbian Rights, Equality California and Transgender Law Center.

“We applaud Governor Brown for signing SB 731 into law. This bill provides critical guidance to child welfare professionals by making it clear that all children in foster care have the right to placements that are consistent with their gender identity, irrespective of the sex listed in their court or child welfare records,” said NCLR Youth Policy Director Shannan Wilber. “By extending equal treatment to transgender foster children, California once again demonstrates its commitment to achieving safety, permanence, and well-being for all children in the custody of its child welfare system.”

Studies show that lesbian, gay, bisexual and transgender (LGBT) youth are at higher risk for homelessness, abuse, depression and suicide. Transgender youth in particular are at high risk for poor health outcomes due to the rejection and harassment they face. These risks are magnified for young people in foster care, many of whom have already experienced significant trauma.

“By signing SB 731 into law, Governor Brown has taken an important step towards making the foster care system safer and more supportive for transgender youth,” said Transgender Law Center Executive Director Kris Hayashi. “This is critical for a population of young people whose identities are too often rejected and attacked by the systems put in place to support them.”

“Children are placed in foster homes to remove them from dangerous situations and keep them safe,” said Rick Zbur, Executive Director of Equality California. “Too often, transgender kids are placed into home situations that are even more hostile than the ones they left. This law is simple common sense and will help ensure that vulnerable children are kept safe.”