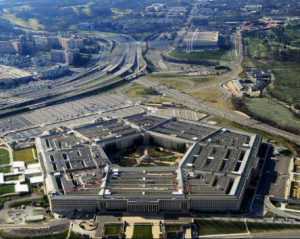 New York, NY – The Transgender Legal Defense & Education Fund (TLDEF) today responded to reports that Pentagon leaders are poised to end the ban on open transgender military service. The Associated Press reports that the the Pentagon is set to make a formal announcement this week that would give the U.S. Armed Forces six months to lay the groundwork for the change.

“This is very encouraging news. In the wake of this report, we continue calling on the Pentagon to lift the ban on open military service by transgender people now. The outdated medical regulations keeping this ban in place are harming the more than 15,000 transgender people currently serving in our armed forces.

“Defense Secretary Ashton Carter acknowledged this earlier this year when asked about open transgender military service: ‘I don’t think anything but their suitability for service should preclude them.’ We urge Secretary Carter to hold true to his word and take the proper steps to dismantle this outdated and discriminatory ban once and for all.

“Our close allies Australia, Canada, England, and Israel, and 14 other countries have successfully integrated transgender people into their militaries. The United States should follow their example. Like all members of the armed forces who continually put their lives on the line, transgender service members deserve the respect and dignity that come with serving openly.”

“The AP report is certainly welcome news, but we need to know full details, based on an official announcement by the Department of Defense, before reaching conclusions. I hope that any review process is informed by the social science research that addresses how to implement inclusive policy, as well as lessons of 18 foreign militaries that have lifted their bans on transgender personnel.”

Last year, the Palm Center released a study, “Report of the Planning Commission on Transgender Military Service,” that found that allowing transgender personnel to serve in the military “is administratively feasible and neither excessively complex nor burdensome.” The authors of that study, who included three retired General Officers as well as leading scholars and experts, provided a detailed roadmap for the policy change and concluded that implementation could proceed immediately and will be successful in its execution.

The Palm Center’s research on this topic can be viewed here.

The Israel Defense Forces has decided to institute a new approach to dealing with transgender recruits by offering them extra support from the time they get their first draft notice at age 16 through their army service.

The new policy intends to make army service easier for transgender soldiers, regardless of whether they intend to undergo gender reassignment surgery,  READ MORE