On Sunday, November 24, 2013,  LGBT activists and allies will be holding an event at the steps of the Lincoln Memorial, in Washington, D.C., to “Save Russian LGBT Children.”

This event is to support the rights of Russian LGBT teens and kids who are oppressed by Putin and his regime, including henchmen such as Elena Mizulina, Vitaly Milonov, Pavel Astakhov, Aleksey Zhuravlev and many others.

These people spearheaded an all out homophobic campaign against LGBT people and children of same-sex couples; and the most detrimentally impacted have been Russia’s LGBT youth.

For example it was Lawmaker Mizulina who spearheaded the move to ban surrogacy and to take children away from same-sex couples, lesbians and gays. 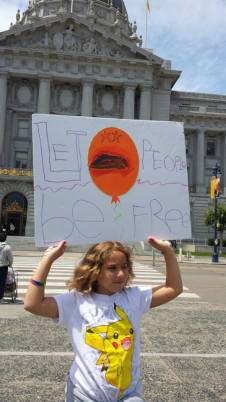 Despite thousands of Russian children languishing in orphanages, the  Russian Duma outlawed adoptions by American families, because the United States now allows same-sex marriage in some 16 States.  When asked if she was ashamed to vote for banning foreign adoptions by US citizens, Mizulina responded “NO”.  This has now resulted in the death and despair of  many more orphaned Russian children who may otherwise have been adopted to loving American families.

Please consider adding your voice by attending the action in D.C.:

“On November 24 we invite you to come to the Lincoln Memorial and to say “NO MORE!” to Mizulina and others who should be tried at the international tribunal for the crimes against humanity.

This action is brought to you by the following organizations:

One thought on “Action in D.C. to Save the Children from Anti-gay Putin”