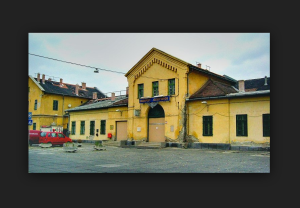 According to JTA, Budapest will build a $22 million memorial at a train station from which Hungarian Jews were deported during the Holocaust.

The Hungarian prime minister’s chief of staff, Janos Lazar,  said the memorial will feature an educational center and will be opened by spring next year at Budapest’s Jozsefvaros train station, the Hungarian news agency MTI reported Thursday. That timing coincides with the 70th anniversary of the deportation of 437,000 Hungarian Jews, which began in the spring of 1944.

Some 565,000 Hungarian Jews were murdered in the Holocaust, according to the Yad Vashem Holocaust museum in Jerusalem. Many of them were deported to Auschwitz from the Jozsefvaros station, which hasn’t been used since 2005.

Balazs Furjes, a government commissioner who heads the commemoration project, told MTI that the center will cover four acres, including a park and a parking lot. The exhibition space will be underground and the old station building will be preserved, he said.

In a meeting earlier this week of the Hungarian Holocaust-2014 Memorial Committee, Lazar said that the government plans to set up memorials at as many locations as possible throughout Hungary next year.

Child victims of the Holocaust will receive special commemoration and an emphasis will be placed on Hungarians who saved Jews during the Holocaust, MTI reported.

Additionally, the government will allocate a little over $6.5 million toward setting up a fund for Hungarian Jewish public organizations, civil organizations and educational institutions to finance local projects that help remembrance, Lazar said.