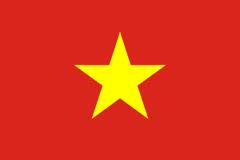 I have always thought of  the Vietnamese as pragmatists when it comes to the law. Associated Press is reporting that the Vietnamese are considering the possibility of registering unions for same-sex couples. Homosexuality is a sensitive subject in Vietnam, as in most Asian countries, yet the Ministry of Justice has noted that given the hundreds of thousands of LGBT people in that country, it makes sense to provide appropriate equity with rights for couples.

“I think, as far as human rights are concerned, it’s time for us to look at the reality,” Justice Minister Ha Hung Cuong said Tuesday in an online chat broadcast on national TV and radio. “The number of homosexuals has mounted to hundreds of thousands. It’s not a small figure. They live together without registering marriage. They may own property. We, of course, have to handle these issues legally.”

Not many countries support same-sex unions, yet the tide seems to be shifting in the attitudes of many, as more and more consider the human rights aspect of sexuality and the practical fact that gay and lesbian couples not only exist by are increasing in visibility.

Muslim-dominated nations such as Indonesia have strict laws against homosexuality. Sodomy can result in up to 20 years in jail and caning in Malaysia. But that hasn’t stopped some from continuing to fight for more rights and visibility.

A country such as Thailand has a vibrant LGBTI community, and many involved in high tourist entertainment industry, with no law to match the reality of people’s lives.

In Singapore, a country noted by Google as its first target to promote the “Legalize Love”  program thousands recently held up pink lights in a park at night to support acceptance of the community in a modern city-state where gay sex remains illegal, even though the law is not enforced.

In Taiwan, a 2003 bill to recognize same-sex marriage failed to receive enough support to make it law, though a lesbian couple is expected to tie the knot in August at a Buddhist monastery.

According to the AP report, Vietnam will also hold its first public gay pride parade Aug. 5 in Hanoi. The country is socially conservative, but the government restricts the kind of politicized religious movements that typically push back against same-sex marriage in other countries. Gay pride events also seem to pose little threat to Communist Party’s dominance.

The same-sex marriage proposal still has several hurdles before it could become law. The Justice Ministry will consider opinions from the public along with government agencies before submitting its draft proposal to the National Assembly next May on whether to recommend same-sex marriage or some other type of legal recognition with rights. Then, it must be approved by a majority of parliament. Read more from AP

One thought on “Vietnam Considers Law for Same-Sex Unions”