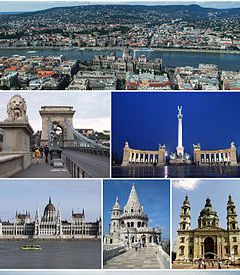 BUDAPEST;- Hungary has a new constitution, and it has caused tens of thousand of people to take to the streets. The Constitution which was enacted with a vote of  262-44 in April of last year, bans marriage between same-sex partners and fails to protect LGBT people from discrimination.

It was so controversial that 80 members of parliament boycotted the drafting and voting process.The Constitution also appears to ban abortion, by reference to the protection of the fetus.

The protestors may not be there because of their love for marriage equality, but rather for the dislike of the dictatorial style governance attributed to the ruling Fidesz party leader, Viktor Orban.

Despite urging by U.S. Secretary of State, Hillary Clinton, to enshrine “the independence of the judiciary, a free press, and governmental transparency” instead the New Consitution suffers major amendments to its former self which had dated back to 1949, with major amendments following the fall of Communism in 1989.Unfortunately the safeguards of the latter are now obliterated.

Lawmakers said the constitution was based on the EU Charter of Fundamental Rights, but LGBT activists the omission of discrimination against LGBT people, whereas gender and race are protected.

Hungary decriminalized homosexuality in 1961 and allows gay couples to register their partnerships but does not allow them to adopt. Since 2002 it has had an equal age of consent and gay people may serve in the military.