by Melanie Nathan,  Demonstration on Sunday, July 24 at 3 pm 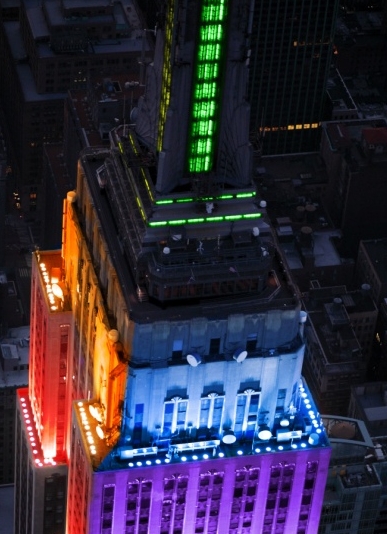 July 22, 2011 – New York – Members of Connecting Rainbows are organizing a counter-demonstration on Sunday to thwart the hate group, National Organization for Marriage. NOM is holding a rally outside Gov. Andrew Cuomo‘s Manhattan office on Sunday, to protest the first day that same-sex couples can legally marry each other in New York state, and Connecting Rainbows will be there to hate-block NOM.

NOM is using this historic day as a platform to get their hate message into the media, to raise money to fund their hate group, including going so far as to announce their support for Sen. Ruben Diaz, Sr., a bigot.

“We need to present our side of marriage equality to the public and press, who will be there to witness NOM’s hate rally,” said Louis Flores, a member of Connecting Rainbows. “Join us in denouncing NOM.”

About the National Organization for Marriage :
NOM is listed among 18 anti-Gay Groups by the Southern Poverty Law Center : http://www.splcenter.org/get-informed/intelligence-report/browse-all-issues/2010/winter/the-hard-liners

About LGBT Civil Rights :
Marriage is a vehicle that society uses to distribute rights, benefits, and equality. One way for LGBT Americans to access equal rights would be to be allowed to legally marry. Another way, which would work concurrently, would be to outlaw discrimination based on sexual orientation and gender identity by amending the Civil Rights Act of 1964.

ALSO Please support GAY U.S.A. the film – will be shooting in NYC on this historic day…… see