Today the House of Representatives took the historic step of passing the Equality Act, the federal bill that would finally afford basic civil rights protections for the LGBTQI community. If it passes the Senate and is signed by the President, it would amend the Civil Rights Act to prohibit discrimination on the basis of sexual … END_OF_DOCUMENT_TOKEN_TO_BE_REPLACED 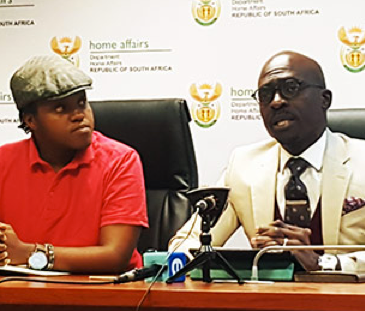 South Africa has a relatively new Constitution, birthed soon after iconic former President Nelson Mandela was released from prison and Apartheid ended. Included in that dramatic change was equality for all, including LGBTI people. Yet, despite its all inclusive Constitution, South African gays, lesbians, and transgender community has experienced profound homophobia and transphobia, often resulting … END_OF_DOCUMENT_TOKEN_TO_BE_REPLACED