Joshua Sade James in “All Fall Down”

It’s a love song gone wrong for singer/songwriter and multi-talented artist Joshua Sade James and his new single, “All Fall Down”. 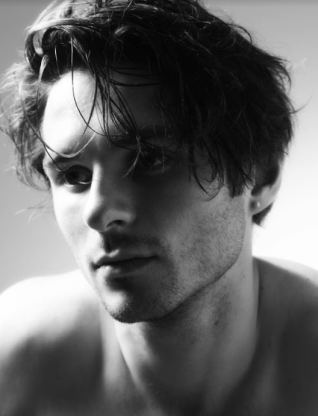 Fresh from his forthcoming sophomore album release, JSJ — slated for June of this year — “All Fall Down” was written about mistrust, dishonesty, and miscommunication in a relationship.

“Without these core attributes enforced by love, we… ‘All Fall Down,” he explains.

First written about three years ago, the song’s bittersweet inspiration was related to a relationship and breakup he’d had while in college:

“It allowed me to do a lot of self-reflection,” he shares.  “I wrote the song after the second time we broke up, and just got to think about how truly toxic we were towards each other. “There was cheating, there was manipulation, there was just a lot of baggage neither of us knew how to get rid of. We just sort of gave it to each other because it was easier than being alone.

“It was interesting to shoot this video with a current love interest when it’s actually about a previous one,” he continues, laughing. “When writing or hearing the song in my head, I wanted this song to be like if a sad, old clown got drunk, broke into the old carnival where he used to work, and started up the merry-go-round, only for it to not fully work.

“I think I achieved that in both the song and the video.”

“It was a blessing to shoot this with Sagi and my good friend Esther,” James adds of director Sagi Kahane-Rapport and actor Esther Vlessing. “Also, shoutout to Dylan Spilberg and Leo Vargas for making this happen!”

“All Fall Down” serves as a preview for what’s to come from the artist’s upcoming EP, JSJ (Joshua Sade James).

In addition to his extensive performing and recording work, Joshua Sade James is an active advocate for mental health rights and proud member of the LGBTQIA+ community. 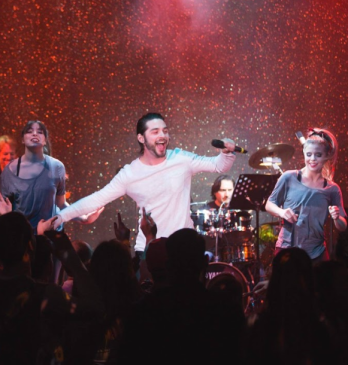 Joshua Sade James is an emerging Canadian artist, originally from Kitchener-Waterloo, who’s en route to The 6ix. He has worked across Canada in various shows from coast to coast. From Alberta, competing in talent competitions such as The Calgary Stampede Talent Search, to Ontario at The Western Fair’s Rise2Fame, over to PEI to be a part of the Charlottetown Festival, to Newfoundland to play “Pepper” in ​Mamma Mia!

Prior to obtaining his Honours Bachelor Degree in Musical Theatre Performance at Sheridan College, alongside winning the Sheridan: Pop Award (For Outstanding Performance), Joshua has also co-choreographed, co-directed, and starred in his original Revue Diva Dynasty (Sheridan Institute PREP Production); he was always born for the stage.

Joshua has dreamed of becoming a recording artist ever since he first watched his dad and highly-decorated independent country artist, Jamie Warren, on stage filming his music video for “Sunny Day in the Park”. From that moment on he was constantly singing, dancing and noodling on his father’s guitar. A few years later he began composing his own works, and wrote his first song “My heart ran away to Timbuctoo” at the age of nine. Influenced by artists like Maroon 5, Lady Gaga, & Christina Aguilera, Joshua’s voice, songwriting, and artistry continued to grow.

Today you can now hear Joshua Sade Jame’s new single “All Fall Down” – a love song gone wrong – alongside his two debut single’s “Feel Alright” & “One Thing”, are all available on Spotify, Apple Music, iTunes & more! Being an advocate for mental health and LGBTQIA+ rights, JSJ allows his experiences and own stories to be told through his music.

Joshua incorporates a message of self worth and love within his message including his live performances. He is a talented and wonderfully hopeful young man searching to make people smile by letting them know that “you are worthy, you are loved, and you are perfectly you”.