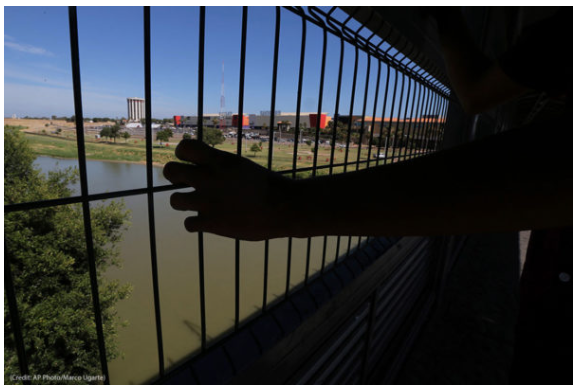 he Center for Gender & Refugee Studies (CGRS), American Civil Liberties Union (ACLU), and Southern Poverty Law Center (SPLC) challenged the policy last February after the Trump Administration launched MPP in early 2019. We won a preliminary injunction in April, which was stayed by the Ninth Circuit pending resolution of the Administration’s appeal, allowing MPP to remain in effect.

In the months since, nearly 60,000 asylum seekers have been left stranded in Mexico, where they have faced grave human rights abuses. Human Rights First has documented over 1,000 public reports of murder, torture, rape, kidnapping, and other violent attacks against asylum seekers and migrants returned under MPP, a figure that represents only the tip of the iceberg.

The court’s decision today restores the injunction and immediately halts the policy.

“We commend the court for finally putting an end to this unlawful and inhumane policy,” CGRS Legal Director Blaine Bookey said today. “Although the ruling cannot repair the profound pain and suffering that MPP has caused over this last year, we are hopeful the United States can once again stand as a safe haven for the persecuted.”

President Trump has launched attack after attack on the U.S. asylum system over the past three years. While the administration’s atrocious forced return to Mexico (MPP) policy has appropriately received much attention, another particularly nefarious policy has flown under the radar. The policy — known as Prompt Asylum Claim Review (PACR) when it’s applied to people from countries other than Mexico and the Humanitarian Asylum Review Process (HARP) when it’s applied to people from Mexico — essentially bans access to lawyers while holding asylum seekers incommunicado in Customs and Border Protection (CBP) jails, rushing them through a screening process in inhumane conditions, and removing them.

PACR/HARP requires the detention of asylum seekers in dangerous CBP facilities known as “hieleras” (or “iceboxes” for their freezing temperatures) with no meaningful way to obtain or consult with an attorney before their proceedings. It began secretly in El Paso, Texas last October, and since then at least 1,000 asylum seekers have been subjected to the policy without their legally guaranteed right to access counsel, although the government has refused to release data on the policy. In January, Ken Cuccinelli, the acting deputy secretary at the Department of Homeland Security, promised to expand PACR/HARP border-wide.

Let us be clear: PACR/HARP is a wholly inadequate and unlawful substitute for a fair and meaningful asylum process. The ACLU sued in December, and last week, we argued in federal court that the policy should be declared illegal and ended immediately. We represent two Salvadoran families and one Mexican family who sought protection in the U.S., were put into the program, and were quickly ordered removed back to their home countries, where they now face the threat of horrific violence. The lawsuit was also brought on behalf of Las Americas Immigrant Advocacy Center, a non-profit organization that provides legal services to immigrants detained by the federal government in the El Paso area.

PACR/HARP is a complete hollowing out of the initial asylum screening process, which itself is fraught with due process problems. Without PACR/HARP, individuals who cross the border seeking asylum would be transferred to ICE jails, where the agency is required to provide the ability to meet face-to-face with attorneys and unrestricted access to a telephone to prepare for an initial asylum screening. If they passed the screening, they would be placed into regular deportation proceedings where their asylum claim would be heard by an immigration judge. If they didn’t pass the screening, they’d receive a brief review by an immigration judge–in a hearing that happens quickly and does not provide the opportunity to fully assess their need for protection.

Under PACR/HARP, asylum seekers are subject to this high-stakes process within just a few days of arriving in the U.S., without access to counsel, and while jailed for days in facilities not suitable for stays longer than a few hours. (In fact, CBP has refused to provide even a bed and a shower for migrants held in their custody. Just last week, a federal judge in Tucson ruled that these conditions in Arizona are unconstitutional.)

We are hopeful that the court will require the Trump administration to end PACR/HARP. Regardless, it is incumbent upon Congress to condemn the program, along with MPP and the rest of the administration’s anti-asylum policies, and upon the next president to reject them all entirely. This country has a proud history of providing refuge to people seeking safety. We cannot let this administration destroy it.