Updated: March 02, 2020:  So much has happened in my personal trajectory since posting this on Feb 07, leading to my endorsement now of Joe Biden:
1) Bloomberg did not perform well in debates and that is a worry
2) I was upset at the negativity that came out about Bloomberg, though satisfied with his apologies
3) Biden was non starter me until he won South Carolina and that changed everything for me, as it indicates that he has the Black vote in the South and how critical that is toward the big win against Trump
4) Bloomberg has said he will give his money to the nominee – so that war chest will be available hopefully to Biden
5) Rumor that Biden will choose Harris or Abrams as a VP
6) I realize that EW, my favorite, does not have the delegates at THIS time and will not be likely to get them, given Bernie’s candidacy
7) I cannot support Bernie because of the divisiveness of his campaign, the Bernie Bros misogyny that has invaded my social media with such awful disrespect – makes me worried about Bernie’s messaging and his inability to message effectively to his minions
8) Bernie’s medical plan so bold and beautiful but the flaws will be a bulls eye target for Trump – rendering swing voters unlikely
9) I do not think Bernie will win red states or Florida, yet believe those critical spaces can be won bye a moderate, leaving only Biden!!

I am heading toward endorsing Mayor Mike Bloomberg. And from what I am hearing many of my liberal lesbian friends are starting to think this worthy!

For this new path, I thank Mitt Romney. He opened my eyes to the notion that my truth and the importance of it may overcome my loyalties.  I want Trump gone so badly, that I am willing to turn my back on the candidate who I support. Now I know the metaphor does not fully comport, but what does is that extraordinary circumstances require extraordinary measures:

In my idealism I would endorse Elizabeth Warren, I would be happy with Bernie and I think Mayor Pete would be a great President too. Warren is my ideal candidate for President of the United States because I agree with her policies and the change she asserts.

My bottom line, though, is I want Trump gone. Another 4 years of Trump will destroy this country. It will destroy me, my work and my family. I cannot allow it.

This is my analysis of why I think Bloomberg is the best choice for the democratic nomination: Notable again, this is purely in response to Trump. And the impact of Trump. It is nothing to do with who I would idealistically choose. But it is who I choose intellectually and from my gut. Bloomberg can beat Trump. I am seeing this so clearly that I am leaning towards endorsing Mike Bloomberg and moving out of the Elizabeth Warren camp, as painful as that is for me.

Mike Bloomberg is the solution to Trump because of his center-to-left leaning policies melded with who he can attract, plus Trump’s inability to fault him as a commie, socialist, etc…

The news that former Navy Secretary Richard Spencer is endorsing Bloomberg amplified my thinking. This endorsement represents the kind of endorsement thats going to make Trump go nuts – and there will be many more from such important quarters. And this is why Trump is so terrified of Bloomberg- who has really struck a chord that Trump does not know how to play!  The Richard Spencers are the kind of people who will endorse Bloomberg but they can never endorse a Bernie or Elizabeth Warren! (too left!)

Romney supporters would go with Bloomberg!

Anti-Trump conservatives, of which there are many, those Republicans disappointed with the Republican Senators could go with Bloomberg!

Now the liberal left needs to get clever. ..

Because if the left also rallied around Bloomberg, I am one hundred percent sure it will be the second to last brick in the road to an Elizabeth Warren in the White House, – very soon!

Bloomberg would be able to unify a core chunk of the democratic party with the way he sets out his issues, which are progressive leaning, albeit centrist in quarters relative to left the leanings of EW and Bernie .

Here is the path: It will end up redefining BOTH parties for the future! If it works it will recreate an opportunity for Republicans to shift – ultimately making space for and yielding a more ‘liberal’ Republican party AND when that happens – bipartisanship may be restored! At least at some level. And here is the cherry -it will be within THAT  context that the AOC – BERNIE type progressives will find their more apt space to operate effectively for change in the future and take us VERY left eventually!

The patience for this kind of shift is so critical – because in all honesty if we land up with Trump replacing RBG we will have a Supreme Court full of Kavanaughs and we will be forever Fdicked! 

So key will be getting the left, youngsters, Latin community, African American, Immigrant voters on board! Let us have THAT discussion – that attraction could be the best VP choice possible – Stacy Abrams (vote vote vote)?

So Liberal Lesbians for Bloomberg – Let us unify behind Mayor Mike – with the logical choice that can open America back up to the people. While you will hear talk of Billionaire blah blah… THIS is not about any issues – issues do not count as much as getting RID of Trump does! Issues will count in the next cycle. After Trump is bye bye! This is THE imperative step one – ridding our country of an impeached pervert whose only interests is to feather his own golden nest, elevate his kids into a despotic dynasty, comb the silver white backs of his hairy old white men friends, while they puff cigars and get presidential medals for divisiveness and HATE!

No amount of policy will defeat such abject hate that helms Trump’s reign. Policy and change will be used as a counter punch – as if we are weaponizing Trump ourselves. Elizabeth Warren and Bernie Sanders are weaponizing this election. Bloomberg is diffusing it. Only someone who can unify will defeat hate- and then policy can come later. Let us not make the mistake of thinking that Trump will not successfully lie and twist the policies of Elizabeth Warren and Bernie Sanders. He is already doing it. Do not give him the meat on that bone. The fuse on that bomb! Policy is not the antidote. Zero policy is the antidote – to pave the way for the second step and that is when policy and change will find its space and win the day.

So my friends if you are in  fact interested in knowing where Mike Bloomberg stands on issues, especially my liberal lesbians friends, my trans, Bi, and gay friends – check this out:

ALL WELCOME TO OUR FACEBOOK PAGE: Liberal Lesbians for Bloomberg HERE 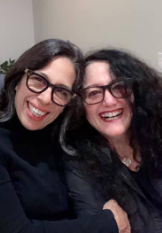 ALL WELCOME TO OUR FACEBOOK PAGE: Liberal Lesbians for Bloomberg HERE 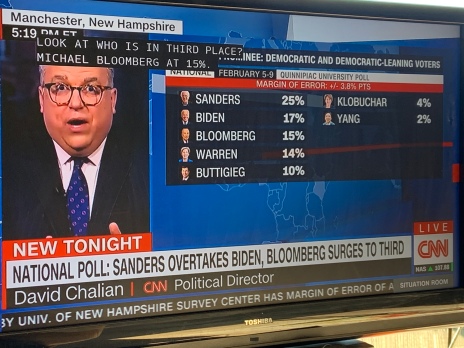 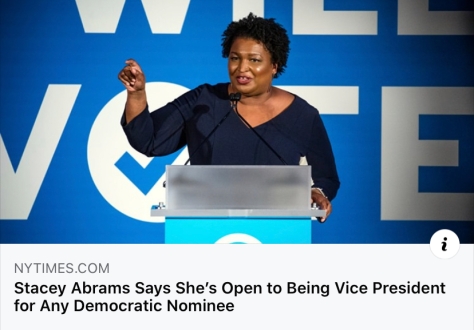 2 thoughts on “Liberal Lesbians for Bloomberg”