Inside This Week’s Supreme Court Arguments on LGBT Workers’ Rights

Three cases before the Court will determine whether federal law currently protects LGBT people from discrimination in employment on the basis of sexual orientation and gender identity. The eventual ruling will be critical for the 8.1 million LGBT employees in the workplace, and particularly for the 4.1 million who live in the 28 states that lack any state-level protections from discrimination based on sexual orientation and gender identity. That’s part of the reason the Williams Institute filed two amicus briefs in the cases back in July, explaining the stigma and adverse treatment to which LGBT people have long been subject and the devastating consequences for our emotional and physical health if that treatment cannot be remedied.Tuesday’s arguments in these cases were monumental. 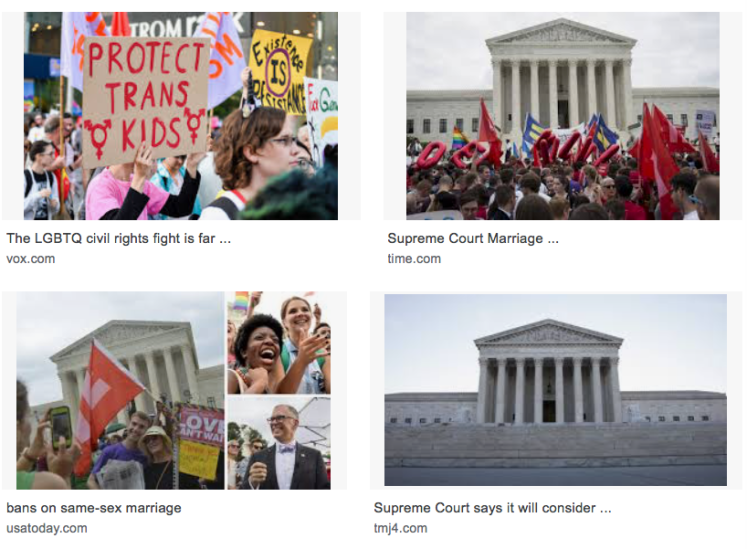 Justice Gorsuch seemed to offer a ray of hope for the employees—acknowledging, consistent with his philosophy of reading statutes according to their terms, that Title VII means what it says. If, as attorney Pam Karlan said, an employer fires a man who announces his wedding to Bill while giving a woman three days off to celebrate her marriage to another Bill, that’s discrimination based on sex and therefore covered by the law.

There were lots of questions about what allowing people to challenge sexual orientation and gender identity discrimination would mean for bathrooms, locker rooms, sex-specific dress codes and women in sports. The attorneys for the employees made clear that that’s not what these cases are about, and that there will be other opportunities down the road for the Court to address whether such distinctions that are undeniably made on the basis of sex are in fact discriminatory.

Not all such distinctions are. As Pam Karlan made clear, calling her “Ms.” and calling her opposing counsel, Jeffrey Harris, “Mr.” is a sex-based distinction. It’s thus covered by the law. But it’s not discrimination because there’s no injury involved in it.

During and after the arguments, there was a vibrant rally outside the Supreme Court. Advocates for equality sang, joined hands, made speeches and held signs making clear that LGBT people can no longer be erased or treated as second class citizens in the workplace. If the Court doesn’t recognize that current laws protect us—and we won’t know until the Court issues a decision, likely in June—that energy will be harnessed to advocate for passage of the Equality Act, which would enact explicit protections against sexual orientation and gender identity discrimination in the workplace, in education, in housing, in health care and in numerous other spheres.

Either way, the arc of the moral universe is moving toward justice—and we will be there for every step of the journey.